Kevin Lacey was born during the 1960s, in the USA, and is a repo agent and television personality, best known from his appearances in the Discovery Channel reality show “Airplane Repo”. He is an agent who specializes in recovering assets, and all of his endeavours have helped put his net worth to where it is today.

How rich is Kevin Lacey? As of mid-2016, sources inform us of a net worth that is at $1 million, mostly earned through the television show “Airplane Repo”, although prior to the show, he’d already found a significant amount of success as a repo agent. He’s also known for rebuilding aircraft, and as he continues his career it is expected that his wealth will increase.

Kevin’s interest in airplanes started at a young age, and by the age of 20 he had rebuilt his first aircraft. About a year later, he made his first repossession which got him hooked to the business. He became known widely when he took part in “Airplane Repo” – in the show, he mainly looks for owners who have not been able to keep up their payments, and so repossesses their aircraft. The show started off in 2011, but went on a two year hiatus before returning to television in 2013. Over the course of his career, he’s effected over 450 repos around the world, with some being showcased through “Airplane Repo”. He does the repossession jobs along with other cast members Ken Cage and Danny Thompson. The show has become quite fruitful for them, as they’ve increased their popularity and net worth.

They have also travelled to numerous locations to meet fans. In the show they are seen travelling around the country to repossess high valued aircraft. The show has drawn a lot of criticism for apparently being staged, but the cast assures that everything is real;Discovery Channel has confirmed that some information about the episodes is changed to protect the identities of those in debt. According to Lacey, most of the repos they do are drama-free, but sometimes they have to take drastic measures since some people will take desperate measures like file for bankruptcy to protect their assets. The first season of “Airplane Repo” racked-up over one million viewers per episode.

Aside from engaging in repossessions, Lacey co-owns the business Texas Air Fleet, a technical services company which offers various aircraft services, including repairs, maintenance, and operational work on a variety of aircraft of various types and sizes, ranging from jets to commercial airliners. They also handle financial work and leasing management.

For his personal life, it is known that Kevin resides in McKinney, Texas. He is an avid fan of vintage ‘planes and races with muscle cars.

He also mentioned in an interview that he’s been detained a few times in various countries such as Brazil, and around Africa due to repossession work, but has always been acquitted. His apprentice on the show, Beverly handles his Texas Air Fleet business most of the time. 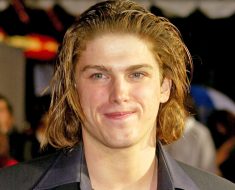 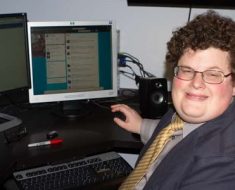 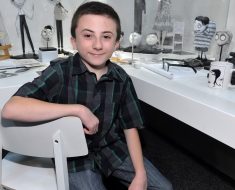