Kelsea Nicole Ballerini was born on 12 September 1993 in Mascot, Tennessee, USA into a family of American and Italian ancestry, and is a pop country singer best known for releasing albums such as ‘‘The First Time’’ and ‘‘Unapologetically’’.

So just how rich is Kelsea Ballerini as of early 2018? According to authoritative sources, this singer has net worth of $6 million, with her wealth being accumulated from her career in the previously mentioned field.

Kelsea spent her formative years in Knoxville, Tennessee and was interested in dancing from an early age, as she began attending dance classes when she was three years old. She continued doing so over the course of the next ten years, but also sang in church and school choirs and at the age of 12 wrote her first song, dedicated to her mother. Subsequently, Ballerini moved to Nashville, Tennessee, and was a student of Lipscomb University for two years, until she decided to pursue her singing career full-time on a more serious level. When she was 19, Ballerini signed a contract with Black River Entertainment, and went on to release her first single in 2014, ‘‘Love Me Like You Mean It’’, written in collaboration with Forest Glen Whitehead, Josh Kerr and Lance Carpenter, which received a generally positive response, and was described as “a mix of modern production techniques with a straight-up country message’’. It debuted at number 60 on the Billboard Country Airplay and 48 on Hot Country Songs, eventually peaking at number one on the Country Airplay chart. The song was ultimately featured on Ballerini’s debut album ‘‘The First Time’’, released in May 2015, which included ‘‘XO’’, ‘‘Peter Pan’’ and ‘‘Dibs’’, and was reviewed favorably by the critics and the audience, entering the US Billboard 200 chart at number 31 and four on the Top Country Albums, selling more than 13,500 copies during its first week, and over 300,000 copies in the US alone as of 2017 and was certified Gold by the RIAA.

That year, Kelsea released her second album, entitled ‘‘Unapologetically’’, featuring 12 songs including ‘‘Graveyard’’, ‘‘Miss Me More’’, ‘‘Get Over Yourself’’ and ‘‘Roses’’ and peaking at number three on US Top Country Albums, number seven on US Billboard 200, two on the UK Country Albums chart, and ultimately entered Australian and Canadian charts too. She stated that ‘‘Unapologetically’’ tells the story of loss, but also about life and growth and moving on. As a result of her hard work and success, Kelsea was named one of the Next Women of Country by CMT.

When it comes to Ballerini’s private life, she has been married to Morgan Evans since December 2017, after one year of being engaged. Ballerini is active on social media such as Twitter and Instagram, and is followed by over 800,000 people on the former, and more than a million on the latter. 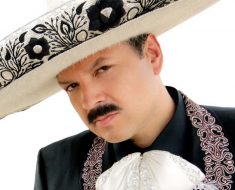 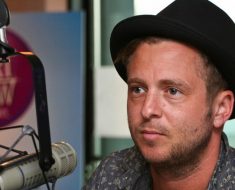