Born Katherine Bear Tur on the 26th October 1983, in Los Angeles, California USA, she is a journalist, known to the world for her extensive work for NBC News working as a correspondent, and appearing in a number of news shows, such as “NBC Nightly News with Lester Holt” and “Meet the Press”, among many others.

Have you ever wondered how rich Katy Tur is, as of early 2018? According to authoritative sources, it has been estimated that Tur’s net worth is as high as $23 million, an amount earned through her successful career, active since the mid-2000s.

Katy is daughter of the broadcast reporter Robert Albert Tur, now known as Hanna Zoey Tur after he went through hormone replacement therapy in 2014, and his ex-wife, Marika Gerrard. She has a brother, James. Katy went to Brentwood School, from which she matriculated in 2001, whereupon she enrolled at the University of California, Santa Barbara, and four years later obtained a Bachelor of Arts degree in philosophy.

Katy started building her professional portfolio by joining the KTLA channel, and over the years has worked for several stations, including News 12 Brooklyn, Fox 5 New York. For a brief time, she was also a storm chaser for The Weather Channel as a part of the VORTEX2 team.

However, Katy came to real prominence in 2016, when she was appointed as the embedded reporter for the Donald Trump presidential campaign. She nagged Trump with questions about the Access Hollywood tape that was in NBC’s possession, on which can be found a controversial conversation between Trump and Billy Bush on the topic of women. Because of her determination, Katy was often booed by Trump supporters, and Trump attempted to bash her verbally in his media interviews, however, this only increased Katy’s popularity, and at the end of the campaign, Katy published the book “Unbelievable: My Front-Row Seat to the Craziest Campaign in American History” – the sales of the book have also contributed to her net worth.

Thanks to her successful career, Katy has brought home a couple of awards, including AP’s Best Spot News Award for coverage of the March 2008 crane collapse on the Upper East Side of Manhattan, and the Walter Cronkite Award for Excellence in Journalism in 2017.

When it comes to her personal life, Katy dated several colleagues, and most recently became engaged to one, Tony Dokoupil, a correspondent for CBS News. Between 2006 and 2009, she was in a relationship with MSNBC political commentator and sportscaster Keith Olbermann. 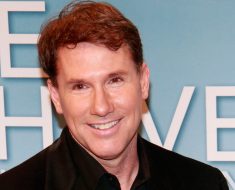 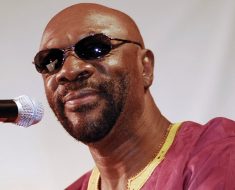 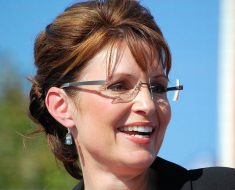