Kathryn Ann Sackhoff, born on 8th April 1980 in Portland, Oregon USA, is an actress probably best known to the world for portraying Lieutenant Kara “Starbuck” Thrace in the sci-fi TV series “Battlestar Galactica” (2004-2009), and as Victoria ‘Vic’ Morett in the action crime drama “Longmire” (2012-2016), among other roles.

Have you ever wondered how rich Katee Sackhoff is, as of late 2016? According to authoritative sources, it has been estimated that Katee`s net worth is as high as $4 million, an amount earned through her successful career in the entertainment industry, during which she has made over 50 TV and film appearances.

Although born in Portland, Katee was brought up in St. Helens by her mother who was an ESL program coordinator, and her father Dennis who was a land developer.

Katee attended Sunset High School, and while there, she became quite active in swimming, however, she injured her knee and was forced to quit before she could begin a professional career.

However, she soon found new passion – acting; she made her debut in the film “Fifteen and Pregnant” (1998) next to Kirsten Dunst. By the end of the `90s, she had also appeared in minor roles in several TV series, which only helped her gain experience and establish her net worth.

In 2000 she was cast as Annie in the TV series “Undressed”, and appeared in a couple of episodes, and then got the part of Lenore Fearing in the TV series “The Fearing Mind” (2000-2001), appearing in 13 episodes, which launched her further, and into the film “My First Mister” (2001), which only increased her net worth. She fought for her place in Hollywood with low budget films, including the comedy horror “Halloween: Resurrection” (2002), only to land the role of Kara ‘Starbuck’ Thrace in the TV Mini-Series “Battlestar Galactica” (2003), and then to appear in the full series “Battlestar Galactica”, which started airing in 2004 and lasted until 2009. Katee`s net worth and popularity reached a whole new level thanks to the show, and it became rather easy for her to obtain new roles, which would only add further to her net worth. While the show lasted, Katee also starred in the film “The Wedding Wish” (2007), and had recurring roles in TV series “Bionic Woman” (2007), and “Nip/Tuck” (2009). In 2010, she portrayed Dana Walsh in the TV series “24”, while she also had a recurring role in “CSI: Crime Scene Investigation” (2010-2011).

In 2012 she had the lead role in the film “Deadly Obsession”, and was selected for yet another lead in a TV series, this time as Victoria ‘Vic’ Moretti in “Longmire” (2012-2016), which added a substantial amount to her net worth. The next year she featured next to Vin Diesel and Karl Urban in the action sci-fi thriller “Riddick”, and appeared with Karen Gillan and Brenton Thwaites in the Mike Flanagan horror “Oculus”. Most recently, Katee starred in Dorie Barton`s directorial debut “Girl Flu” (2016), and will also appear in the horror “Don`t Knock Twice”, which will be released in early 2017.

Regarding her personal life, Katee has been in a romantic relationship with actor Karl Urban since 2014.

Katee and Tricia Helfer, who is also an actress and a part of “Battlestar Galactica”, started a motorcycle-riding charity organization called Acting Outlaws, through which they help numerous charity organizations, including the Humane Society and Red Cross amfAR, among others.

Katee is also a practitioner of Yoga and Transcendental Meditation. 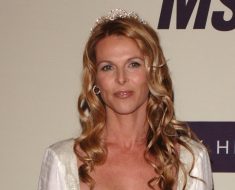 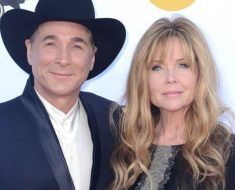