James Downey Craig is a retired ice hockey goaltender, born on 31st May 1957 in North Easton, Massachusetts, USA, and is best known for being a member of the gold medal winning 1980 US Olympic hockey team at the Lake Placid Winter Games. He later played in the National Hockey League (NHL) for teams including the Atlanta Flames, Boston Bruins and Minnesota North Stars.

Have you ever wondered how rich Jim Craig is? According to sources it has been estimated that Jim Craig’s overall net worth is $5 million, as of mid-2017, acquired through a fruitful career in sports which reached its peak at the beginning of ‘80s. Having taken part in the Olympic Winter Games and played in the NHL, Jim significantly increased his net worth.

After spending one year at Massasoit Community College, Jim started studying and playing hockey at Boston University. He led his team to the NCAA Division I championship in 1978, and became an NCAA All-Star a year later. This secured him a place in the Boston University’s Hall of Fame in 1989. However, Craig’s professional career began in 1980 after he played a key role in winning the Olympic gold – in the game against the Soviet Union, he stopped 36 out of 39 shots from the opposing team, which eventually led to his team’s victory. Two days later in a game against Finland, Jim secured the gold medal. Although drafted by the Atlanta Flames in the 1977 Entry Draft, Jim joined the team only after the Olympics, and won his first game as an NHL professional player. However, he was soon traded to the Boston Bruins where he served as their backup goaltender during the 1980-1981 regular season, and didn’t manage to participate in the 1981 NHL Playoffs. He then returned to the US national team for the 1981 Canada Cup but had to miss the tournament because of an injury, which forced him to spend the following season in minor leagues.

Jim shone once again while playing for the US in the 1983 IIHF Pool B tournament as a goaltender. He was soon signed as a free agent by Minnesota North Stars – Craig played his final game for the North Stars in 1984, before deciding to retire from hockey.

Craig is now working as a motivational speaker, spokesperson and marketing and sales strategist. He is also the president of Gold Medal Strategies promotions and marketing firm. In 2004, Jim was portrayed by Eddie Cahill in the film “Miracle on Ice”.

When it comes to his personal life, Craig has been married to Sharlene since 1988. Two years after the Olympic Games, Jim was charged with motor vehicle homicide, after killing one woman and leaving another critically injured, although neither alcohol nor drugs was a factor. He pleaded innocent and was eventually found not guilty in September 1982. 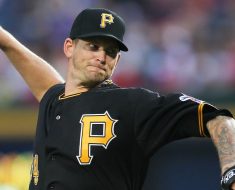 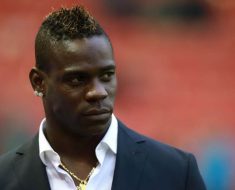 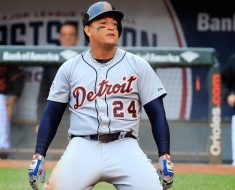