Jeanie Marie Buss was born on the 26th September 1961, in Santa Monica, California USA, and is best known for being a businesswoman, who is the president and part-owner of the Los Angeles Lakers professional basketball team in the National Basketball Association (NBA). She is also recognized as the owner of the Los Angeles Blades, a roller hockey team. She has been a part of the business industry since the 1980s.

Have you ever wondered how rich Jeanie Buss is, as of early 2016? According to authoritative sources, it has been estimated that the total sum of Jeanie’s net worth is $20 million, which has been accumulated through her successful involvement in business as the president and part-owner of an NBA team, and from her previous work as a model.[divider]

[divider]Jeanie Buss was brought up in a rich family with three siblings by her mother, Joann, and her father, Jerry Buss, who was the majority owner of the Los Angeles Lakers and tennis team the Los Angeles Strings. Her parents divorced in 1972, and she stayed with father. At the age of 14, she started to attend World Team Tennis meetings with her father. Later, at age 17, she moved with father to Pickfair, Beverly Hills, where she worked as a travel guide. After high school, Jeanie enrolled at the University of Southern California (USC), from which she graduated with a BA degree in Business.

As a 19 year old, Jerry Buss brought Jeanie into the family business, making her the general manager of the Los Angeles Strings, a tennis team which Jerry owned, andshe stayed in that position until 1993, when the Strings ceased to exist. Afterwards, Jerry bought a roller hockey team, the Los Angeles Blades, and appointed Jeanie as the Chief Executive. However, she was also appointed as the president of the Great Western Forum, which served as the home court of the Los Angeles Lakers. During that period she was becoming more and more aware of the Lakers operations, and eventually became the Alternate Governor on the NBA Board of Governors in 1995. Furthermore, four years later Jeanie became the executive vice president of business operations for the Lakers. In 2013, Jerry Buss died, and Jeanie inherited a certain percentage of Lakers` ownership, and was named as the president of the Lakers, which increased her net worth by a large margin.

Thanks to her accomplishments, she was named in 2005 one of the “Top 20 Most Influential Woman in Sports” by Sporting News.

Apart from her career as a businesswoman, Jeanie has also tried herself as a model, resulting in posing nude for Playboy in May 1995, which also increased her net worth.

When it comes to her personal life, Jeanie Buss was married to Olympic volleyball player Steve Timmons from 1990 to 1993. In December of 1999, she began dating coach Phil Jackson, and she announced in January 2012 on her official Twitter account that they are engaged. The couple currently splits time between Los Angeles and New York, considering the fact that Phil Jackson has been named as the president of the New York Knicks. In free time, Jeanie is quite active on her Twitter and Facebook accounts, informing millions of fans about the Laker`s, among other things. 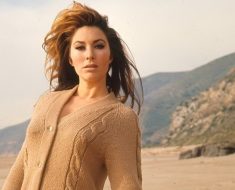 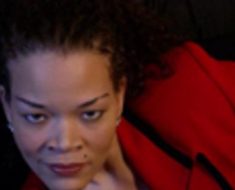 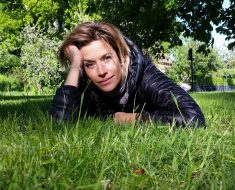