Born Jaycee Chan Jo-ming on the 3rd December 1982 in Los Angeles, California USA, he is an actor and singer, best known to the world for appearing in the films “The Drummer” (2007), “Invisible Target” (2007), and “The Sun Also Rises” the same year. He is also known to the world as the son of famous actor Jackie Chan, however, their father-son relationship hasn`t been quite positive for a long time. His career started in 2004, but since 2014 he has been on hiatus from the entertainment industry.

Have you ever wondered how rich Jaycee Chan is, as of mid-2016? According to authoritative sources, it has been estimated that Jaycee Chan`s net worth is as high as $2 million, an amount he has earned through his successful career in the entertainment industry.

Jaycee`s father is Jackie Chan, and his mother is an actress as well, Joan Li; after he finished high school, Jaycee enrolled at the College of William and Mary in Williamsburg, Virginia, however, he was expelled because of poor grades after only two semester.

After that, Jaycee moved to Hong Kong, and started a singing career; his first album, entitled “Jaycee” came out in 2004, and was greeted with positive critiques in Asia. He then focused on acting, but so far he has released one more full length album, “Chaos” in 2010, prior to which he released an EP “Safe Journey”.

To speak of his acting career, Jaycee has appeared in over 20 films and TV series of Asian productions, however, his films weren`t very successful, and he is credited for the film which had the lowest box score result, amassing only US$9,000. His debut appearance was in the film “Blade of Kings” (2004), and it was followed by an appearance in “2 Young” (2005), alongside Fiona Sit. In the second half of the 2000s, Jaycee landed some of his more memorable roles, including in such productions as ““The Drummer” (2007), “Invisible Target” (2007), and “Sun Also Rises” (2007), “Mulan: Rise of a Warrior” (2009), and “Break Up Club” (2010), all of which increased his net worth. In 2011 Jaycee featured in the film “1911” alongside Jackie Chan, and also appeared in “Lee’s Adventure”, and “East Meets West”, increasing further his net worth.

In 2014 he was arrested for drug possession, and has spent six months in jail, and because of that, his role in the film “Monk Comes Down the Mountain” (2015), is uncredited. Since the arrest he has been living with his mother in Taipei.

Regarding his personal life, little is known about his current love life, however, he dated actress Fiona Sit for four years before they broke up. He tends to keep a low profile since he has been released from jail.

To speak about his relationship with his father, Jackie Chan stated that he won`t give a dollar to his son, as he wants his son to earn his own money, not to waste that which Jackie earned. Also, Jaycee gave up on his American citizenship, and now is a Hong Kong citizen. 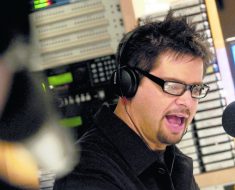 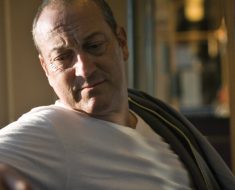