Ivan L. Wilzig was born on the 6th January 1956. in Newark, New Jersey USA, and is a musician, singer and songwriter best known to the world for recording pop-dance remakes of hits from the ‘60s and ‘70s, including “Imagine”, by John Lennon, “San Francisco (Be Sure to Wear Flowers in Your Hair)”, originally sung by Scott McKenzie, and many other songs. His career started in the early 2000s.

Have you ever wondered how rich Ivan Wilzig is, as of early 2017? According to authoritative sources, it has been estimated that Wilzig’s net worth is as high as $50 million, an amount earned through his successful career in the entertainment industry. Aside from being a famed musician, Ivan has also been a somewhat successful television personality, appearing in numerous reality TV shows, such as “Manhattan on the Beach” (2000), “Hopelessly Rich” (2003), and “Who Wants to Be a Superhero” (2007), which also improved his wealth.

Ivan is the son of holocaust survivor Siggi Wilzig and Naomi Wilzig, who is now the owner of the World Erotic Art Museum, located in South Beach. He spent his early years in Clifton, New Jersey where he attended an Orthodox Hebrew school, and was a part of the synagogue choir; he later continued to sing in high school and college. After high school matriculation, he enrolled at the University of Pennsylvania, from which he graduated with BA degree in European Intellectual history. He then furthered his studies at Benjamin N. Cardozo School of Law at Yeshiva University, earning a law degree.

Even before he matriculated from high school, Ivan made his first steps towards professional music, performing at Kutsher’s Country Club in the Catskill Mountains, and then as a soloist at the Town Hall in New York City with the Samuel Sterner Choir. However, his father was against Ivan’s musical career, and employed him at his The Trust Company of New Jersey, which is a full-service commercial bank.

Nevertheless, in 2001 Ivan started collaborating with Dave Jurman, who was Executive Director of Dance Music at Columbia Records, and who introduced Ivan to Erne Lake, who helped Ivan to record a cover of the John Lennon’s hit “Imagine”. Soon the song was heard by Tom Silverman, owner of Tommy Boy Records, who immediately signed Ivan to the record label and released the song, which climbed into the top 40 hits on the Billboard Club Play Chart. In 2004,Ivan released another single – “San Francisco” (Be Sure to Wear Flowers in Your Hair), through his own record label, Peaceman Music, followed by “Peace on Earth”.

In 2008 he released his first full length album entitled “For What It’s Worth”, and continued to work on his music with albums “Kumbaya” (2009), “I Am Peaceman” (2010), “Here Comes The Sun” (2013), and most recently “Peaceman Shines” (2016). He covered such hits as “Hare Krishna”, “Live for Today”, and “Kiss All The Bullies Goodbye”, among many others, the success of which increased his net worth significantly.

Regarding his personal life, as eccentric a personality as Ivan is, he never settled down, and doesn’t have any kids.

He is also a well-respected philanthropist; he started the non-profit organization The Peaceman Foundation, which deals with people struck by post-traumatic stress disorder, and also battles violence and hatred. 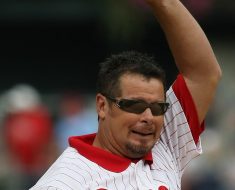 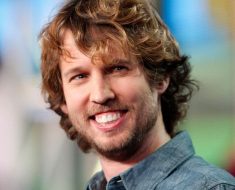 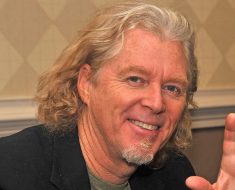