Smosh is a YouTube channel, started only a month after YouTube was launched by Daniel Anthony Padilla, and his longtime friend Ian Andrew Hecox. Padilla is a Sacramento, California native, born on the 16th September 1987, and Hecox also comes from Sacramento County, California, and was born in the same year. Since starting the channel, both rose to prominence thanks to their creativity and from simple comedy videos, creating a number of successful video series, and the feature film “Smosh: The Movie” (2015).

Have you ever wondered how much wealth the dynamic duo of Smosh earned throughout the years? According to authoritative sources, the total net worth of the Smosh channel amounts $11.8 million.

The two went to Del Campo High School in Fair Oaks, and after matriculation, both enrolled at the American River College in Sacramento. However, after only two months of studying they dropped out of college, as they wanted to focus more on their career as video creators. Anthony started the Smosh.com website on which he began posting Flash animations. Gradually they switched over to videos, and after YouTube was launched, the two transferred their creativity to that channel, and quickly became popular YouTubers. One of their most popular videos, a lip-sync to Pokemon music theme, entitled “Pokemon Theme Music Video”, was at one time most viewed video with more than 24 million views. In their early career on YouTube, they would often post lip-sync videos to such music themes as “Mortal Kombat”, “Teenage Mutant Ninja Turtles”, and “Power Rangers” as well, but all contributed to their rising net worth.

After the initial success, the two began to incorporate differing videos, including comedy sketches and a video series, while after a while they started several other channels, which increased their net worth considerably. Smosh soon became one of the most subscribed channels, and it now has more than 22 million subscribers, and the videos on the channel have been viewed over 6.8 billion times, which has increased the respective net worth of the channel’s authors. They have brought in several other YouTubers, and launched Smosh channel in Spanish, then Smosh Games channel, and Smosh Pit channel, which only further increased their wealth.

Starting in 2010, the Smosh duo ventured into the music industry, recording a number of comedy albums; their debut “Sexy Album”, came out in December 2010, and peaked at No. 11 on the US Comedy chart. Since then, they released four more albums to critical acclaim, including “Smoshtastic” in 2012, “The Sweet Sound of Smosh” in 2013, and “Shut Up! And Listen” (2015), adding further to their net worth.

However, in June 2017, Anthony announced that he was leaving the channel as he wants more creative freedom, and has started his own YouTube channel. Since he left, Hecox has been credited as the sole owner of the channel.

Regarding the personal lives of Smosh authors, Anthony was engaged to Kalel, a YouTube star and a beauty guru in 2013, but the two split up later. He is now in a relationship with Mielmonster, an Instagram star. While Anthony has made most of his intimate details easily discoverable, Ian tends to hide such information, and as a result, unfortunately no reliable information is available about Ian’s life outside his professional career. 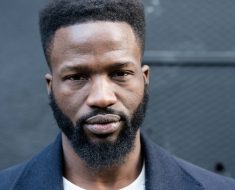