Henry Ford was born on 30 July 1863, in Greenfield Township, Michigan USA into a farming family of Irish-English (father) and Belgian (mother) descent. The Ford name still lives through the automobile manufacturing company Henry founded, and he is remembered in particular through his adaption of the assembly line to produce a vehicle affordable to many – the Model-T Ford. Henry Ford died on 7 April 1947.

So just how rich was Henry Ford? Authoritative sources estimate that Ford’s net worth rose to almost $200 billion in today’s figures, which puts him into the top 10 richest people of all time. His fortune was accumulated during a working life spanning more than 60 years, beginning in the period when the industrial revolution had reached fruition in the USA, making several businessmen very wealthy, including John D. Rockefeller (oil) and Andrew Carnegie (steel) – Ford neatly combined the two.

Henry was expected to take over the family farm, but his fascination with things mechanical – initially clocks and watches – saw him become an apprentice machinist, but then spend some years on the farm maintaining the steam engine, although meantime hired by Westinghouse to do the same work, plus studying accountancy. One can now see how this grounding was to lead to his future success.

Ford joined the Edison Illuminating Company in 1891 as an engineer, quickly becoming chief engineer just two years later. Supported by Thomas Edison among others, and with his own money – which formed all his net worth at the time – Henry worked on developing a gasoline engine, and then his Quadricycle, version two of which formed the basis of sales from the Detroit Automobile Company which Henry founded in 1899. However, the company lasted only until 1901, as quality was low and costs high.

In the same year, with the support of shareholders, he founded the Henry Ford Company, but he soon left his own company over disagreements with the shareholders, and after building and racing a 28-horsepower car to publicise his product – including setting a land speed record of 91mph(147kph) – formed The Ford Motor Company in 1903 with assets of just $28,000, with the support of Alexander Malcolmson and the Dodge Brother, among others. His net worth was set to rise!

Henry Ford released his Model-T in 1908 at a cost of $825, and marketed it through franchises, so that both he and they profited. Sales reached 250,00 by 1924, and 472,000 two years later, by which time the price had dropped to $360, around $7,000 in 2016 money. The last Model-T was produced in 1927, the 15 millionth. During production, Henry developed the assembly line, thus lowering cost and price, so reaching a larger market. Ford also increased salaries – to $5 per day ($140 today) – in 1924, and an eight hour day, 48-hour week in 1922, so that workers would be keen to stay and utilise their experience to rapidly increase output, in fact to over one million cars in 1920. Workers who stayed six months, proved their worth and behaved correctly were also rewarded with a share in company profits.

In terms of net worth, his company made huge profits, as well as benefiting society and employees,. His highest earnings were in 1920, aged 57, and by the mid-1920s, Henry’s own net worth is estimated to have been over $1.2 billion. Henry had relinquished the presidency of the company to son Edsel in 1919, but maintained authority. To retain complete control, the Henry Ford and Son Company was formed, to which most assets were transferred, including workers, thereby persuading shareholders to sell out.

The Model-T became outdated by the mid-1920s, so the Model A was introduced, and a policy of annual change was instituted. Meantime the company had produced aircraft engines during World War 1, as well as tractors and trucks in the UK, even prior to the US entry into the war. Of course Henry Ford prospered, even though he was anti-war in itself. Subsequently, Ford went on to dominate the world automobile market, producing over 30% of the world’s vehicles by 1932, through factories established in 10 countries as well as the USA. Additionally, he had advised the Soviet Union on establishing a separate manufacturing plant, initially assembling Ford vehicles shipped from the USA, and eventually moving to produce independently.

During World War 2 Ford was problematic to the US government, as he continued dealing with Germany prior to the US entry, even using slave labour in his European factories, although not at his instigation. He was awarded the Grand Cross of the German Eagle, and his anti-Jewish posturing was thinly disguised, blaming them among ‘…other greedy financiers who sought profit in human destruction…’ for the slide into war. However, when the US became involved, Ford subsequently produced over 9,000 B-24 ‘Liberator’ aircraft in a special factory near Detroit.

A number of strokes in the late 1930s had left Henry Ford physically and mentally debilitated, and although he had nominal control of the company after Edsel’s death in 1943, after the conclusion of the war, his faculties were clearly declining, with his jealousy of successful executives even forcing seniors out of the company. Fortunately for the company, Edsel’s widow Eleanor had her son Henry Ford II made president of the company, and he had complete control by 1947, assured by Henry’s passing.

Henry Ford was a known philanthropist, but generally preferred to donate personally, to individuals rather than through organisations. However, he contributed significantly to the building and running of Detroit Hospital, subsequently named Henry Ford, and turned his property of Dearborn near Detroit into a museum of Americana, still one of the largest in the USA. He is believed to have regularly given away about a third of his income.

In his personal life, Henry Ford married Clara Jane Bryant in 1888; their only child, Edsel, died of cancer in 1943. 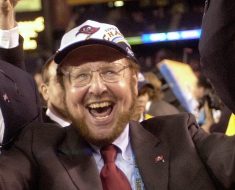 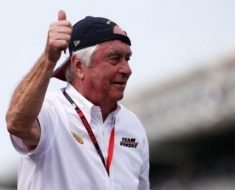 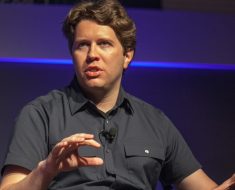 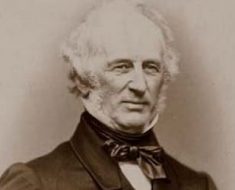 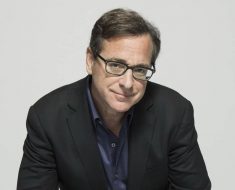