Fifth Harmony, previously known as 1432 and LYLAS, is an all-girl pop group consisting of five members: Normani Kordei, Camila Cabello, Ally Brooke Hernandez, Lauren Jauregui and Dinah Jane Hansen. Those who watched the TV series “X Factor” US in 2012, might remember them as one of the three finalists.

So just how much money have Fifth Harmony accumulated, as of late 2017? Sources estimate that their current net worth is over $15 million. The group is still active, and their net worth continues to rise steadily with each year.

All five girls first auditioned in the 2012 TV series “X Factor” as solo artists, but weren’t individually successful. Later, one of the judges, Simon Cowell offered them a stay in the project as a five-girl group. At first they were called LYLAS (Love You Like A Sister), but the name was already taken by another girl band. The girls decided on a new name – 1432 (which in text slang means I Love You Too), but this time the judges Simon Cowell and L.A. Reid didn’t like it. Finally, Cowell decided that the name for the group would be chosen by the viewers, and they became Fifth Harmony. During the project, the group performed famous songs by artists Taylor Swift, Demi Lovato, Ellie Goulding, Shontelle, Britney Spears and others. Ultimately the songs that they decided to sing in the X Factor final were “Let it Be” by The Beatles, “Give Your Heart a Break” by Demi Lovato and “Anything Could Happen” by Ellie Goulding. They subsequently won third place in X Factor 2012, and following that, signed a contract with both Simon Cowell and L.A. Reid.

In 2013, they started putting covers of famous songs on YouTube. In the same year, they released their first EP album entitled “Better Together”, which sold more than 28,000 copies during the first week. Their main single “Miss Moving On” became Gold, after selling more than 500,000 copies, and it was also nominated for a Teen Choice Award as a Choice Break-Up Song. The group then went on a tour of shopping malls throughout the US, which they called “Harmonize America”.

In 2014 Fifth Harmony announced that they were recording their first full studio album, and it was released in February 2015 under the title “Reflection”. The album was extremely successful and has become the best-selling first week girl group album since 2008, and has definitely further raised the group’s net worth. Fifth Harmony has been invited to perform in the White House twice –the first time at the Christmas Tree Lighting in 2014, the second time during Easter Egg Roll of 2015.

One of the interesting facts about Fifth Harmony is that they are a mix of ethnic groups. Three of the members – Camila Cabello, Lauren Jauregui and Ally Brooke Hernandez are of Hispanic descent, Dinah Jane Hansen is of Polynesian and Tongan descent, while Normani Kordei is of African-American, Indian and French descent. Because the larger part of Fifth Harmony is of Hispanic roots, from time to time they release songs at least partly in fluent Spanish, thus appealing to their Spanish fans as well as assisting the growth of their net worth. Camila has now left the group to pursue a solo career, but the remaining four are carrying on as a quartet. 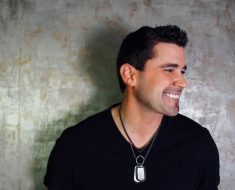 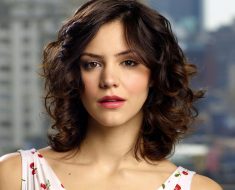 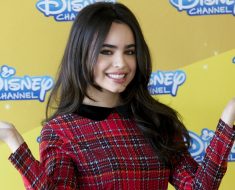