Emily Olivia Leah Blunt was born on 23 February 1983, in London. UK, and is an actress probably best known for acting in such popular movies as “The Devil Wears Prada”, “The Adjustment Bureau”, and “The Young Victoria”. However, Emily is also a performer in theater, and additionally has appeared in several television series. Emily’s career as an actress gained her international acclaim and built a respectable net worth.

This may raise a question: how rich is Emily Blunt? Emily’s net worth as of 2015 is estimated by sources to be over $16 million, and it mainly comes from her acting roles. Blunt is at her peak and she will probably continue to enjoy success in the future.

Emily Blunt grew up in a rich family, as her father was one of the most popular barristers in the United Kingdom. Emily started to study acting when she was a teenager – partly to overcome her stutter – attending the private school Hurtwood House which had a strong drama tradition, and where she was discovered by an agent. Her first appearance as an actress was in the play “The Royal Family” written by Edna Ferber and George S. Kaufman. Emily also performed in such plays as “Romeo and Juliet”, playing the role of Juliet, and “Vincent in Brixton”, written by Nicholas Wright. Performances in theater made Emily Blunt’s net worth considerably higher, and also gained her a lot of attention.

In 2003 Emily started her career in the TV industry: she debuted in the television film “Boudica”, later acted in “Henry VIII”, and television drama “Gideon’s Daughter” written and directed by Stephen Poliakoff, all of which performances added to Blunt’s net worth.

Although Emily was quite popular already, she also became acclaimed after appearing in the movie “The Devil Wears Prada”, in which she acted with Anne Hathaway and Meryl Streep. She gained several invitations to act in many movies following this success – “The Jane Austen Book Club”, “Charlie Wilson’s War”, “The Great Buck Howard”, and “The Young Victoria” are only a few of them. Emily during her career as an actress had to work with such famous actors as Anthony Hopkins, Miranda Richardson, Paul Bettany, Maria Bello, Matt Damon, Jason Segel, Bruce Willis, Tom Cruise and many others. Blunt’s latest movie “Edge of Tomorrow” has taken over $32o million dollars at the box office worldwide, and again added a significant amount to her net worth.

Emily’s skills in acting have been acclaimed by many awards and nominations. She has been nominated four times for Golden Globe awards and won one in 2007 for “Gideon’s Daughter”, as well as 12 other awards including a Britannia Award for Artist of the Year in 2009.

In her personal life, Emily Blunt was in a relationship with singer Michael Buble for three years, but married American actor John Krasinski in 2010 and they now have a daughter. She now has American nationality. 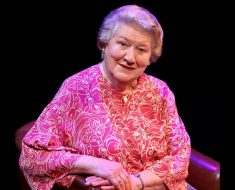 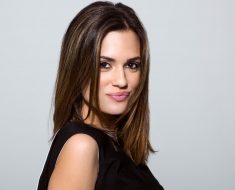 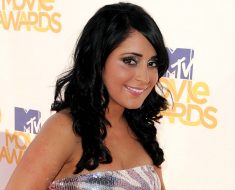 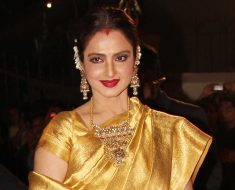 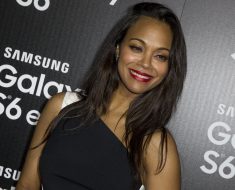