Emeraude Toubia was born on the 1st March 1989, in Montreal, Quebec, Canada, and is an actress and model, best known to the world as Isabelle Lightwood in the TV series “Shadowhunters”, among many other differing roles she has secured so far in her career.

Have you ever wondered how rich Emeraude Toubia is, as of early 2018? According to authoritative sources, it has been estimated that Toubia’s net worth is as high as $1 million, an amount earned through her career in entertainment, active since 2008.

Emeraude grew up in Brownsville, Texas, after her parents’ moved there when she was a child; she is the only child of a Mexican mother and Lebanese father. During her childhood, Emeraude attended the classical ballet, belly dance and flamenco dance lessons, and when entering her teenage years also started competing in beauty pageants, winning Miss South Texas, Miss Teen Brownsville, and Miss Rio Grande Valley America titles, and reaching the semi-finals in Miss Texas USA 2010, among other pageants. Parallel with her budding career, Emeraude matriculated from Homer Hanna High School, located in Brownsville.

In 1999, Emeraude made her debut appearance on television, being a part of the children’s show “El Mundo de Los Niños”, and fell in love with life in front of the camera, which led to her acting career. She also remained true to her first call however, and in 2008 appeared in the beauty pageant series “Nuestra Belleza Latina”, in which contestants underwent hard training in dancing, acting and presenting among other activities, and at the end of the show, Emeraude was named as first runner-up. This really launched her career, and in 2009 she featured in the second season of the show “Model Latina”, in which she took fifth place. After the successful appearances in those shows, Emeraude was contracted by Maybelline, Sony, Garnier and other brands, which only increased her net worth.

Also, thanks to her training as a presenter, she was chosen as a presenter for several NBC Universo music and entertainment shows, such as “The Arena” among others, further increasing her net worth.

She then continued her acting career, and in 2013 portrayed Elizabeth in Nickelodeon’s series “11-11 En Mi Cuadra Nada Cuadra”, while in 2014 she was chosen for the part of Stephanie Karam in the TV series “Voltea Pa’Que Te Enamores”. The following year, Emeraude made her big screen debut, playing Esmeralda in the action drama film “Tattooed Love”, starring next to Catherine Toribio and Edy Ganem and in 2016 she got her breakthrough when she was chosen for the part of Isabelle Lightwood in the TV fantasy romance series “Shadowhunters: The Mortal Instruments”, which added considerably to her net worth.

When it comes to her personal life, Emeraude has been in a relationship with singer Prince Royce since 2011, though the couple revealed that they were together only in 2016.

Emeraude has done some charity work, primarily with the Get Schooled Foundation, among other charitable organizations. 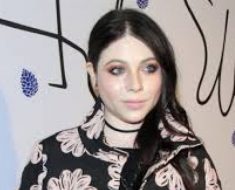 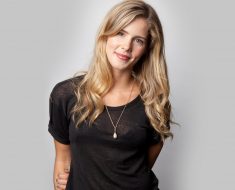 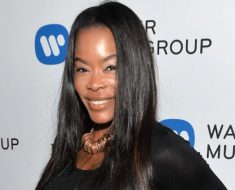 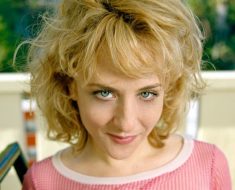