Born Ella Jane Fitzgerald on the 25th April 1917, in Newport News, Virginia USA, Ella was one of the most successful jazz singers, best known to the world for her purity of tone, impeccable diction, phrasing and intonation. Her career started in the mid- ‘30s, and ended in 1994. Ella passed away in 1996.

Have you ever wondered how rich Ella Fitzgerald was at the time of her death? According to authoritative sources, it has been estimated that Fitzgerald’s net worth is as high as $10 million, an amount earned through her successful career, during which she won 13 Grammy Awards, among many others. Ella was also an actress, and starred in the film “Pete Kelly’s Blues” (1955), which also added to her wealth.

Ella was the daughter of William and Temperance Fitzgerald. He parents never married each other, but were together two years after Ella’s birth, when they split and her mother found a new boyfriend, Joseph Da Silva, a Portuguese immigrant. The three moved to Yonkers, in Westchester County, New York State, where they were a part of the first Great Migration of African Americans. The family struggled financially, living in a single room, and despite both Temperance and Joseph having jobs, the situation did not change for better. Ella was now old enough for school, and quickly proved to be an outstanding student. She changed schools several times, before she enrolled at Benjamin Franklin Junior High School in 1929. From third grade she started dancing, while she also performed in Methodist church of which her family was part, an took piano lessons, which would later be rather beneficial to her.

As she grew, Ella took further interest in music and idolized one of the Boswell Sisters’, Connee, while also listening to Louis Armstrong, Bing Crosby and others.

Unfortunately, tragedy struck Ella when her mother died in 1932 after a car accident. This left young Ella in the hands of her stepfather, who according to some sources was ill-treating her.

This apparentl caused Ella to skip school which resulted in bad grades; she found a job as a lookout at a bordello, so was sought by police, and was put into the Colored Orphan Asylum, in The Bronx. However, Ella was soon transferred to the New York Training School for Girls in Hudson, from where she managed to escape, and for a time lived on the streets of Harlem.

She used her musical training and talents to make money singing on the streets and then in 1934 appeared in the Amateur Nights at the Apollo Theater. She wanted to dance, but in fear of being overshadowed by a dancing duo that performed just before her, she chose to sing, performing “Judy”, and “The Object of My Affection”, which won her the first place and money prize of $25.

The following year, luck finally smiled upon her, when she performed with the Tiny Bradshaw band, meeting drummer and bandleader Chick Webb who invited her to join his band as the lead female singer. She was the singer on several successful recordings, including “Love and Kisses”, and “(If You Can’t Sing It) You’ll Have to Swing It (Mr. Paganini)”, and she and the group rose to stardom in 1938 with the nursery rhyme “A-Tisket, A-Tasket”.

Unfortunately, Webb died in 1939, leaving Ella and the band to continue on their own, soon renamed Ella and her Famous Orchestra, and through 1942 she recorded as many as 150 songs, before she decided to start a career as a solo artist.

She initially continued with Decca Records, since the band was already signed with the label, but after releasing six albums, she switched to Verve Recordings, launched by her manager Norman Granz, staying with them until the late ‘60s, releasing numerous successful recordings, including “Ella Fitzgerald Sings the Cole Porter Songbook“ (1956), “Ella Fitzgerald Sings the Rodgers & Hart Songbook“, “Ella Swings Lightly” (1958) – for which she received a Grammy Award for Best Jazz Performance – then “Ella Swings Brightly with Nelson” (1962) – for which she won a Grammy Award for Best Female Pop Vocal Performance – and “Whisper Not” (1966), all of which increased her wealth to a large degree.

In 1963 Verve was sold to MGM, but she didn’t continue with MGM after her contract expired in 1967, instead choosing Capitol Records, but until the end of her career in the late ‘80s, she changed record labels several times, including Reprise, MPS Records, Columbia, and Pablo Records, again launched by Norman Granz.

Apart from solo recordings, Ella is also known for her extensive collaboration with such artists as Bill Kenny, Louis Armstrong, Duke Ellington, and Joe Pass, among others, which also added a significant amount to her net worth.

Ella received numerous prestigious awards and honors during her career – aside from 13 Grammy Awards, she received a Grammy Lifetime Achievement Award, then Kennedy Center for the Performing Arts Medal of Honor Award, tand the Award named Ella, which was the first Society of Singers Lifetime Achievement Award, plus an honorary doctorate of Music from Harvard University.

Ella left her mark on the whole music industry and in her honor there were many festivals created, including in her hometown. Also, her music material is stored in the Archives Center at the Smithsonian’s National Museum of American History, and her personal music arrangements are in the Library of Congress.

Regarding her personal life, Ella was married twice. Her first husband was drug dealer and convicted felon Beny Kornegay, but the marriage was annulled just a year after their wedding. In 1947 she married bassist Ray Brown, and the two adopted a child, born to Ella’s sister. The two divorced in 1953. She was also in a relationship with Thor Einar Larsen, but that didn’t last long, however, as he became notable for his illegal activities, and a five months sentence.

During her life, Ella was a devoted philanthropist; she supported numerous non-profit organizations, including the City of Hope National Medical Center, and also started the Ella Fitzgerald Charitable Foundation.

For the last several years of her life, Ella suffered from diabetes which gradually degraded her health. She lost both of her legs from knees down, due to complications caused by diabetes, and she spent her last days at her home in a wheelchair. Her last words were: “I’m ready to go now”. Her remains were buried at Inglewood Park Cemetery in Los Angeles, after she passed away on the 15th June 1996 in Beverly Hills, California USA. 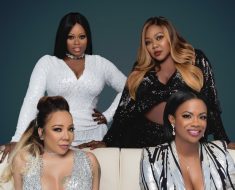 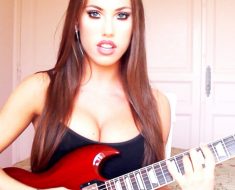 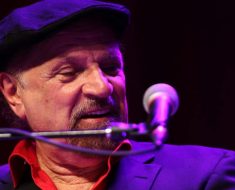