Donovan Phillips Leitch was born on the 10th May 1946, in Maryhill, Glasgow, Scotland, and is a singer, songwriter, poet and guitarist, who emerged in the middle of the 1960s as a folk singer, which earned him the nickname of the British Bob Dylan, but he soon became one of the greatest representatives of the psychedelic era in the late 1960s. Donovan has been active in the entertainment industry since 1964.

How much is the net worth of Donovan? It has been calculated by authoritative sources that the outright size of his wealth is as much as $10 million, as of the data presented in the middle of 2017. Music is the main source of Donovan’s fortune.

To begin with, the boy was raised in Maryhill by his mother, Winifred and his father, Donald Leitch. The family moved to Hertfordshire, England, where he learned to play the guitar at the age of fourteen. Woody Guthrie, Bob Dylan and Ramblin ‘Jack Elliott are among the influences that nourished his musical culture. Donovan became friends with many musicians such as Derroll Adams, who has had a great influence on him too, and whose quotes and other references in music are common in his songs. Donovan owes him his first appearance, in 1965, on the TV show “Ready, Steady, Go” that made him known to the general public.

After this performance, his first single “Catch the Wind” (1965) was released, which soon appeared in the top five in the UK charts. His second single “Colors” (1965) was also a hit, followed by a Buffy Sainte Marie cover “Universal Soldier” (1965). Afterwards, Donovan went on tour in the USA, where among other events he appeared at the Newport Folk Festival. In 1966, Donovan signed to Epic Records, where his breakthrough LP was recorded entitled “Sunshine Superman”. The psychedelic album, in which he used exotic instruments such as the sitar and the conga, became a hit on both sides of the Atlantic Ocean. The single “Mellow Yellow” (1967) was a huge hit and became the song for which Donovan was later identified, and the same year he produced the double album “A Gift from a Flower to a Garden”.

Donovan travelled to India to study with the Indian guru Maharishi Mahesh Yogi – around that time, he was averse to hard drugs. In 1968, he released “The Hurdy Gurdy Man”, an album with psychedelic and powerful songs, including the title track and the hit “Jennifer Juniper”. In 1969 the album “Barabajagal” was released, featuring the hit “Atlantis” – the Jeff Beck Group played the title track.

In the early 1970s, Donovan withdrew from public life, until in 1972 he returned in the film “The Pied Piper”. His album “Essence to Essence” (1973) was received pretty badly, as well as his few following albums. After “Lady of the Stars” (1984) he seemed to have stopped recording, only in 1996 he came back with the album “Sutras” produced by Rick Rubin. In 2004, came “Beat Café” produced by John Chelew and assisted by bassist Danny Thompson and drummer Jim Keltner, but he has never been able to recreate the success he had in the ‘60s and ‘70s. 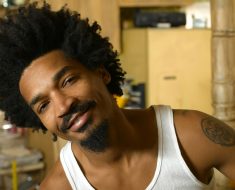 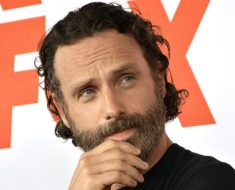 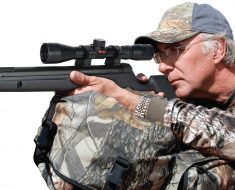