Donald Cortez Cornelius was born on 27 September 1936, in Chicago, Illinois USA, and was an actor, television producer, TV personality and a screenwriter, perhaps best known for hosting “Soul Train” on WCIU-TV for more than 20 years. Regretfully, Don took his own life on 1 February 2012.

So just how rich was Don Cornelius? Don’s net worth is estimated to be $15 million, accumulated mostly from his many appearances on radio and television as a host and broadcaster during a career in the entertainment industry spanning more than 40 years.

Don Cornelius graduated from DuSable High School in 1954, and the same year joined the United States Marine Corps, serving 18 months in Korea. Before he became a widely recognized TV personality, Don Cornelius took up a variety of jobs, such as selling cars and tires, working at an insurance company, and later joining the Chicago Police Department. In 1966, despite having only $400 in his bank account, Cornelius attended a three-month broadcasting course, and the same year landed a job as an announcer, disc jockey and news reporter on Chicago radio station WVON (“The Voice of A Nation”). From that moment forward, Don Cornelius’ salary, as well as net worth began increasing substantially.

In 1967, Cornelius joined WCIU-TV station, where he hosted the news program “A Black’s View of the News”, but it wasn’t until 1970, with the launch of the dance and music franchise “Soul Train”, that Don Cornelius became a recognized face in the industry. “Soul Train”, an American musical television program, became an outlet for many talented Afro-American stars, musicians and dancers to express themselves in a way and manner they loved. The show offered a wide exposure to such musicians as James Brown, Aretha Franklin, and Michael Jackson. Described by Spike Lee as an “urban music time capsule”, “Soul Train” became an immediate success with a large audience across the United States, and significantly contributed to Don Cornelius’ net worth. The fame of “Soul Train” soon resulted in the “Soul Train Music Awards”, which is an annual show dedicated to honor the best black artists, musicians, actors etc. The first award was presented in 1987, and the annual tradition has been continued to the present day.

However, although legendary and of comfortable means, Don Cornelius led a somewhat controversial life. In 2008, Cornelius was arrested at his Los Angeles home on a felony domestic violence charge. Even though he was released on bail, Cornelius was charged with spousal abuse. In addition, his wife Viktoria Chapman filed two restraining orders against him. Don Cornelius’ life was cut short in 2012, when police officers found Cornelius with a self-inflicted gunshot head wound. It was later revealed by former “Soul Train” host Shemar Moore that Cornelius might have been suffering from either dementia or Alzheimer’s disease. An autopsy affirmed that Cornelius had also been experiencing seizures during the last 15 years of his life, as an eventual result of unsuccessful brain surgery he underwent in 1982. Don Cornelius’ slowly deteriorating health was one of the main reasons he decided to retire from hosting “Soul Train” in 1993, and no doubt depressed him over subsequent years until his untimely death.

In his personal life, Don Cornelius married Dolores Harrison in 1956, and had two sons with her before divorcing. He married Viktoria Chapman (aka Victoria Avila-Cornelius) in 2001, and they divorced in 2009. 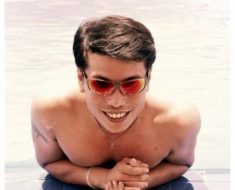 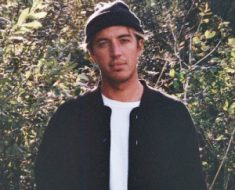 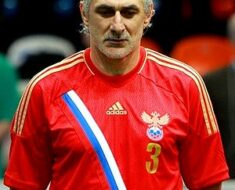