Denis Patrick Seamus O’Hare, born on the 17th January 1962, is an American actor who is best known for his recurring roles in the anthology horror show “American Horror Story”, and performances in the plays “Take Me Out” and “Sweet Charity”, both award winners.

So how much is O’Hare’s net worth? As of late 2017, based on authoritative sources it is reported to be $2 million acquired from his years acting which began in the early 1980s.

Born in Kansas City, Missouri, O’Hare is the son of Margaret Karene, a musician, and John M. O’Hare, and with four other siblings is of part-Irish descent, and spent most of his time growing up in Detroit, Michigan. He graduated from Northwestern University with a degree in theatre.

O’Hare’s career started on stage in 1992 when he appeared in “Hauptmann”, followed by “Racing Demon”, “Cabaret” in which he played from 1998 to 2004, and “Major Barbara”. After years in stage productions, it was “Take Me Out” in 2003 that earned him a Tony Award for Best Performance by a Features Actor. In 2005 he also gained recognition from the Drama Desk Awards for his performance in “Sweet Charity”. His years in theatre helped set up his career, and his net worth.

Meantime O’Hare also slowly infiltrated the television scene, appearing in various television shows including “Law & Order”, “The Young Indiana Jones Chronicles”, and “New York Undercover”. He was also cast in supporting roles in various films, including “The Anniversary Party”, “21 Grams”, “Garden State”, “A Mighty Heart” and “Milk” to name a few. However, these minor roles in television and movies also helped his career and his wealth.

In 2008, O’Hare slowly gained consistent roles in television when he appeared in the show “Brothers & Sisters”; from being a guest star, he had a recurring role playing the character of Travis March. He also became a favourite in the television show “The Good Wife” beginning in 2009, in which he played the role of Judge Charles Abernathy until 2016.

Some of O’Hare’s most memorable roles on TV include the hit HBO series “True Blood” in which he appeared in the show’s third season, playing the role of the 2,800-year-old vampire Russell Edgington. He also gained fame when he appeared in the anthology series “American Horror Story: Murder House”, which became very popular with US audiences, and he also came back in the later seasons of the show playing various characters.

Today, O’Hare is still active as an actor, recently appearing in the television series “This Is Us” and “American Horror Story: Roanoke”. He also appeared in the award-winning movie “Dallas Buyers Club” and most recently in “From Nowhere” and “Army of None”, and in the film “Lizzie” now in post-production for release in 2018.

In terms of his personal life, Denis O’Hare is gay and has been married to Hugo Redwood, a designer, since 2011; together they’ve adopted a son named Declan. 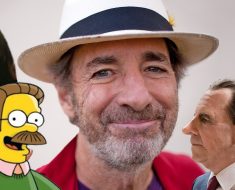 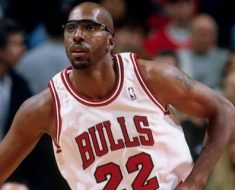 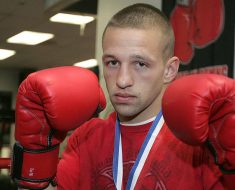 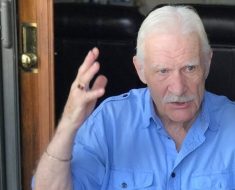 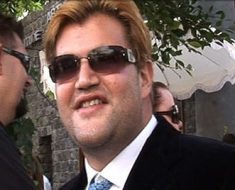