David Roland Cook was born on 20 December 1982, in Houston, Texas, USA, and is a singer and songwriter, probably best known for winning “American Idol” during its seventh season. After this win, he also released a self-titled debut album which became very popular and was certified platinum. The various efforts he’s made have helped put his career to where it is now.

How rich is David Cook? As of early-2016, sources estimate that his net worth is at $5 million, mostly earned through a successful career in the music industry. Prior to “American Idol”, he was already playing for bands and had made a few recordings. He currently has four solo albums post-competition and continues to work, increasing his wealth further.

David had an interest in music at a young age, and was already singing in elementary. At the age of 13 he was given his first guitar and started performing in choir and musicals while he was attending Blue Springs South High School. He also played baseball, but after an injury decided to focus more on music. He was able to get a theatre scholarship at the University of Central Missouri, but eventually abandoned theatre to study graphic design, then after school, he moved to Tulsa to try and pursue a career in music.

Even during high school, he was already playing in bands. His first band was Axium, which went on to get a bit of popularity, producing three albums which were “Matter of Time”, “Blindsided” and “The Story Thus Far”. Unfortunately, the band broke up in 2006 and Cook joined Midwest Kings, becoming a bassist, but he even released a solo album entitled “Analog Heart”. Eventually, while being the accompaniment to his brother at an American Idol audition, he would go on and do an audition himself. He continued to make consistent and impressive performances on the show, singing songs including “Day Tripper”, “Dare You To Move”, “Little Sparrow” and “All Right Now”, and gained significant recognition not only for his voice, but also for his unique renditions of the songs he performed. He won with 56 percent or 12 million votes, over runner up David Archuleta.

Just a week after winning the competition, David broke various Billboard records such as having 11 songs debut in the Billboard Hot 100 charts, the most of any era since The Beatles had 14 songs in the charts. During his first album, Cook worked with a variety of bands and released the first song “Light On’ which went on to become a platinum single, and eventually the album itself sold over one million units certifying it platinum. He then went on a tour called “The Declaration Tour”, and soon after started working on his second album “This Loud Morning”. After releasing and touring for the second album, he went on and performed in the 11th season of American Idol, stating in an interview that he was without a recording contract, and was releasing a new song; eventually Cook signed a deal with Warner/Chappell Music. His Album “Digital Vein” was released in 2015.

For his personal life, it is known that Cook was dating “American Idol” alum Kimberly Caldwell, but it ended in 2008. He would then marry his long-time girlfriend Rachel Stump in 2015. During 2009, Cook started cancelling dates on his tour because of his brother dying of brain cancer. He wrote and sang the song “Permanent” as a tribute. 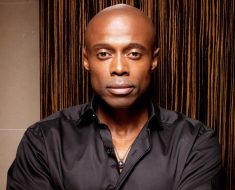 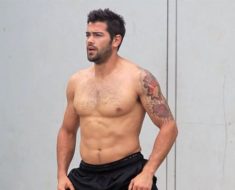 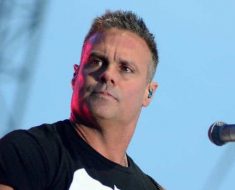 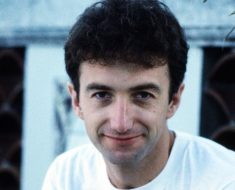