Daniel Francis Noel O’Donnell is a singer and television presenter as well as a philanthropist, born on 12th December 1961 in Kincasslagh, County Donegal, Ireland. He is most famous in Ireland and Britain, and best known for his diverse music style and his charismatic personality and close relationships with fans.

Have you ever wondered how rich Daniel O’Donnell is? According to sources it has been estimated that Daniel O’Donnell’s overall net worth is $20 million. O’Donnell earned this impressive wealth mostly thanks to his numerous albums, five of which have made the Top 5 in the UK. He has also been rewarded and honored many times throughout his career, which has significantly added to his popularity and net worth. Apart from being a musician, Daniel has become a “cultural icon” of his native country and well recognized all over the world.

Daniel was born and raised as the youngest child in his family, beside four siblings. He had a very carefree childhood, growing up with his parents who, as he said, were the main reason for his happiness, although unfortunately his father died when Daniel was six. His interest in music started developing in his teenage years, but after finishing high school O’Donnell decided to enroll at Galway Regional College tostudy banking, but simply didn’t fit in, so he decided to become a singer.

Daniel contacted his sister Margo, who had already became a successful singer, and asked her for help, and thanks to her Daniel entered the entertainment industry, joining her band in 1980 upon leaving college. However, since he wasn’t getting enough opportunities as an individual within the band, he decided to record a record of his own. This happened in February 1983 when he released his first single called “My Donegal Shore” using a modest budget of his own. The same year, he formed his first band, which just as quickly disbanded leading Daniel to form “The Grassroots”. A couple of years later, while performing he was spotted by the manager of the Ritz label who introduced him to Sean Reilly, who became his manager from then on. Thanks to this cooperation, O’Donnell gained major support in his career, and became more and more popular, eventually selling out concerts throughout England, thus increasing his net worth to a large degree.

By the middle of ‘the 90s, Daniel had become the public “icon” of Ireland and Great Britain, appearing on the most popular TV shows and winning various awards, including being named Donegal Person of the Year in 1989 and earning the Irish Entertainer of the Year Award in the years 1989, 1992 and 1996. His hit single “I Just Want To Dance With You” became his first chart single in the UK in 1992 and led to his appearance on the highly rated TV show “Top Of The Pops”. All these helped his net worth to grow.

After twenty UK Top 40 albums, fifteen Top 40 singles and ten million sold records, O’Donnell was awarded an Honorary MBE (Most Excellent Order of the British Empire) in 2002. Apart from his extraordinary success in Ireland and Britain, Daniel also gained popularity in the US, charting 18 of his albums in the Top 20 of the United States Billboard’s World Music Album Chart. Some of his most recent activity includes his appearance on the British TV talent show “Strictly Come Dancing” and starring with his wife in their own TV program “Daniel and Majella’s B&B Road Trip”, both in autumn 2015.

Behind the scenes, Daniel is known as a great philanthropist, as he has been involved in numerous charity events over the years, helping the poor and orphaned children mostly from Romania, and housing them in Ireland for a period. When it comes to his private life, O’Donnell married singer and reality television star Majella McLennan in November 2002, after a three-year relationship. They reside in County Donnell and occasionally at their second home in Tenerife. O’Donnell is fluent in Irish Gaelic. 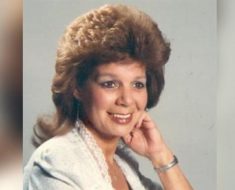 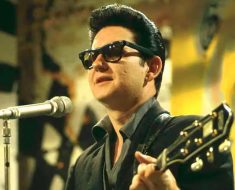