Born Clive Frederick Palmer on the 26th March 1954, in Footscray, Victoria Australia, he is a businessman and ex-politician, best known to the world as the founder and owner of the mining company Mineralogy. Also, he started the Palmer United Party and served as its Chairman from 2013 until 2017 when it was disbanded.

Have you ever wondered how rich Clive Palmer is, as of mid- 2017? According to authoritative sources, it has been estimated that Palmer’s net worth is as high as $550 million, earned through his career as a businessman, which started in the early ‘70s. However, nickel’s price decline recently means that his quoted net worth is certainly an estimate.

Clive grew up in Williamstown, where he lived until 1963 when he and his family moved to Queensland. He went to Southport State High School, after which he enrolled at the University of Queensland, where he studied law, journalism, and politics, however, he never graduated – instead, he obtained a Diploma of Law through the Queensland Bar Board. Soon after he obtained his diploma, Clive started working as a clerk and interviewing officer for the Public Defender’s Office.

He then ventured into the mining industry, starting Mineralogy in 1984, and since then has developed the firm into a mining conglomerate, comprising also Palmer Nickel and Cobalt Refinery, and Queensland Nickel, which he bought out from BHP Billiton. Unfortunately, starting in 2015, the firm has been in a crisis due to nickel’s price decline, but also less than wise decisions involving tourist resorts and a soccer club. As of mid-2017, he is under investigation for business malpractice in association with Queensland Nickel.

In 2008 he made a buyout offer for the Gold Coast United soccer club, and became its owner. During his tenure as chairman, Clive instituted several controversial decisions, including the one to limit attendances to only 5,000. He made several rules breaches which resulted in the taking of the license from the Gold Coast United. Angry at the Football Federation Australia, Clive started a league on his own, called Football Australia, however, the league was never made official, and soon after its creation it folded.

Aside from business, Clive also has also been a politician; in the ‘70s he was one of the integral parts of the divide between South Australian conservatives. He was a part of the National Party of Australia from 1974 until 2008 when he joined the Liberal National Party of Australia. Then in 2013 he started his own party, Palmer United, and from 2013 to 2016 held the position as the member of the Australian Parliament for Fairfax. He dismissed the members of the party in 2017, as he decided to retire from politics, and in any case had lost all parliamentary seats..Clive held the position of adjunct professor of business at Deakin University’s Faculty of Business and Law from 2002 to 2006, while from 2008 he has been serving as adjunct professor of management at Bond University on the Gold Coast.

He opened a Dinosaur Park named Palmersaurus at the Palmer Coolum Resort in Queensland; the park features more than 160 animatronic dinosaurs. Also, he announced that he is working on building the Titanic II, a replica of the original ship that sailed across the ocean but sank on its maiden voyage. Unfortunately, as of 2016, the project has been canceled.

Regarding his personal life, Clive has been married to Anna Topalov since 2007; the couple has two children together and on the Sovereign Islands, although the property is now for sale.

Previously, he was married to Susan Palmer from 1983 until 2005 when she died, with whom he also has two children.

Clive owns houses in Sofia, Bulgaria, and in several other locations in Australia.

Clive is known for his philanthropic activities; he donated a house, food and a car to survivors from the Beenleigh fire, who lost their son in the mentioned accident. Also, on Christmas Day back in 2012, Clive held a buffet lunch for more than 600 disadvantaged people, the majority of whom were children and their families. 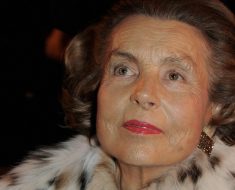 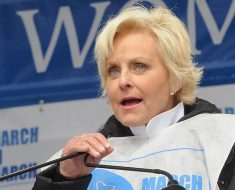 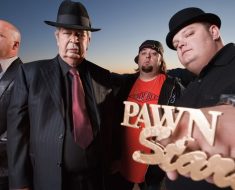 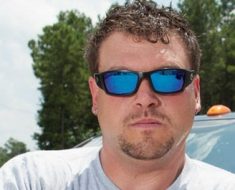 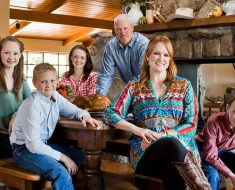 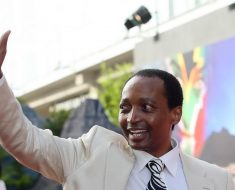