Chaz Salvatore Bono was born as Chastity Sun Bono on the 4th March 1969, in Los Angeles, California USA, of Armenian descent on his father’s side, and Irish and Cherokee amongst others on his mother’s. He underwent gender transition therapy between 2008 and 2010. The world knows him for his LGBT activism, and recently for his involvement in the entertainment industry in film and television roles such as “The Secret Life Of The American Teenager” (2013), “Degrassi: The Next Generation” (2012), and a documentary about his life “Becoming Chaz” (2011). His career has been active since 1990.

Have you ever wondered how rich Chaz Bono is? According to sources, it is estimated that Chaz Bono`s net worth is over $500,000, earned largely through his career as a media personality, and in addition he has also published several books, including “Transition: The Story Of how I Became A Man” (2011), which have also increased his wealth.

Bono`s parents are Sony Bono and Cher, major TV and music stars of the ’60s and ’70s, who shepparded him throughout his entire childhood. At an early age, well before the sex change, he was featured in his parents show “The Sony And Cher Comedy Hour”, but in 1975 his parents divorced, and he needed to divide his time between their separate homes, until he moved to New York to attend the High School For Performing Arts.

Following graduation, he enrolled at New York University; however he soon gave up on his studies when he decided to pursue a career in music. He formed a group called Ceremony, which consisted of musicians such as Heidi Shink, Pete McRae, Louis Ruiz, Bryan Mathieu and Steve Bauman. The band released its debut album in 1993 entitled “Hang Out Your Poetry”, which actually turned out to be their only album, but which started the growth of Chaz’s net worth.

In 1998 Chaz published his first book, entitled “Family Outing”, which deals with his sexuality on the whole, including of course coming out as a lesbian. He has released three more books which have also added to his net worth, in 2002 “The End Of Innocence: A Memoir”, in 2011 “Transition: The Story of How I Became a Man”, and in 2012 “Transition: Becoming Who I Was Always Meant to Be”, effectively covering his whole life to that date.

When it comes to his TV appearances, he was featured in the 13th season of the TV show “Dancing With Stars”, partnering professional dancer Lacey Schwimmer.

In his less-than-private personal life, Chaz says that he always felt uncomfortable in the dresses he wore, even in his childhood days, stating that he wanted to look more like his father. Eventually, he began with his sex change in 2008, and the whole process was finished in 2010, when he legally changed his name to Chaz Salvatore Bono. He has described the change in his books, and a documentary  entitled “Becoming Chaz” was filmed in 2011. He has been recognized as a fearsome fighter for LGBT rights, being a member of the Gay and Lesbian Alliance Against Defamation organization, and has been a spokesman for the Human Rights Activist Campaign.

Chaz Bono was engaged to his longtime girlfriend Jennifer Elia, but they broke up in 2011; one can perhaps imagine the difficulties on both sides of such a relationship. He is still single, and still resides in Los Angeles. 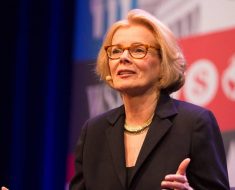 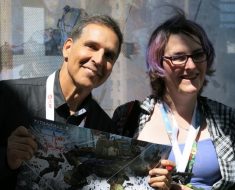 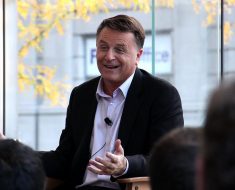 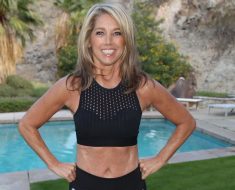