Caprice Bourret was born on the 24th October 1971, in Hacienda Heights, California USA, of Jewish and French – Canadian ancestry and is a model, actress, television personality as well as a businesswoman: she is the owner of the company By Caprice Lingerie Ltd. Bourret has been active in the entertainment industry since 1999.

How much is the net worth of Caprice Bourret? It has been estimated by authoritative sources that the overall size of her wealth is as much as $30 million, as of the data presented in early 2017. The main sources of Bourret’s net worth are modelling, acting and owning a business.

To begin with, her parents divorced when Caprice was only five years old, and she and her sister were raised by their single mother in a suburb of Los Angeles. Being still a teenager, Caprice started taking part in beauty pageants, then in 1996, she went to the UK to work as a model.

Concerning her long spanned career, Caprice Bourret has appeared in nearly 300 magazines worldwide, including the most prestigious such as Vogue, Esquire, GQ, Maxim, Cosmopolitan, FHM and in a swimsuit issue of Sports Illustrated. At various times she has been named GQ Woman of the Year, the world’s sexiest woman by the News of the World, and Maxim’s International Woman of the Year three years in a row. She has appeared in, for her, lucrative television commercials for Pizza Hut and Diet Coke among others. In 2005, Bourret signed an agreement with Debenhams shopping centre according to which they had to sell and promote her underwear brand. Six years later, she bought the license and started Caprice Production, through which she designs and sells lingerie, swimwear and sleepwear, and works as a model for her own productions.

In addition to this, Caprice has played roles in the films “Nailing Vienna” (2002), “Hollywood Flies” (2004), and “Hollyoaks: After Hours” (2004), all three were produced by the TV company HBO. She also starred in the television series “Dream Team” (1999), and the sitcom “Hospital” (2002). In 1998, she became the host of the television show “Caprice’s Travels” in which she travelled all over the world presenting exotic desinations. In 2000, she hosted the program “An Evening at the Oscars” for the Academy Awards that year, and she also broadcast from the red carpet for the American Music Awards that year, both times on CBS. In 2007, Caprice judged Sky 1’s Project “Catwalk” and “Britain’s Next Top Model”. All no doubt added to her net worth.

In 2013, Bourret became a contestant on the reality television show “Splash”. The following year, she was cast as the main in the series “Ladies of London” (2014), and currently, she is a contestant in the reality series “The Jump” (2017). To conclude, all the aforementioned engagements have added sums to the total size of Caprice Bourret net worth, as well as making her popular worldwide.

Finally, in the personal life of the model, actress and businesswoman, she has been in a relationship with Ty Comfort since 2011, and the two have a child together. The rumours have been flying that they are engaged, although they have not confirmed this as fact. 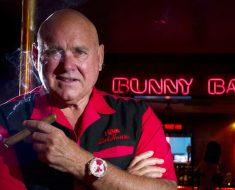 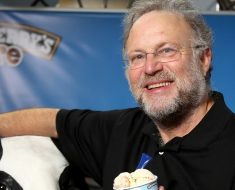 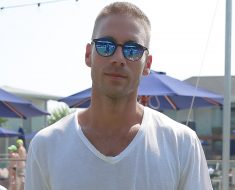 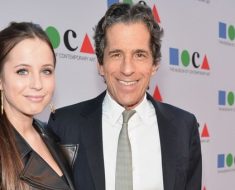 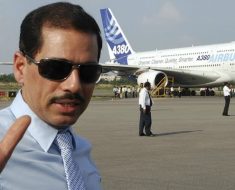