Brendan Gleeson was born on the 29th March 1955, in Dublin, Ireland, and is an actor who is widely recognized for his roles in blockbusters such as “Braveheart” (1995), “Gangs of New York” (2002), “Troy” (2004), “Edge of Tomorrow” (2014) and the “Harry Potter” franchise, among numerous others. For his role of Winston Churchill in the 2009 historical drama “Into the Storm”, Gleeson was honored with Primetime Emmy Award, and for the leading role in 2014 drama “Calvary” he was rewarded with several awards including IFTA, BOFCA and British Independent Film Award.

Have you ever wondered how much wealth this critically acclaimed actor has accumulated so far? How rich Brendan Gleeson is? According to sources, it is estimated that the total of Brendan Gleeson’s net worth, as of early 2017, exceeds the sum of $4 million, acquired through his career in the moviemaking industry which has been active since 1989.

Brendan was born to Pat and Frank Gleeson. As an avid reader, he developed his interest in acting at an early age. He attended St. Joseph’s CBS where he was a member of its drama group, and began his career as an Irish and English language teacher in a secondary school. He debuted as an actor in 1989 with a side role in the TV movie “Dear Sarah”, followed by several similar roles in TV series and TV movies including “The Treaty” (1991), in which he portrayed Michael Collins and was rewarded with the Jacob’s Award; all these engagements provided the basis for Brendan’s current net worth, so that later in 1991, Brendan decided to abandon his teaching career in order to pursue his acting one full time.

Through the 1990s, Brendan managed to maintain an uninterrupted streak of acting appearances, primarily starring in various supporting roles. Some of his notable roles were in the movies “Into The West” (1992), “Braveheart” and “The Life of Reilly” both in 1995, “Michael Collins” (1996) and “The Butcher Boy” (1997) as well as leading roles in “I Went Down” (1997) and “The General” (1998). For the latter two performances, he was rewarded with BSFC Award in 1998. It is certain that all these appearances helped Brendan Gleeson to massively increase the amount of his wealth.

He came into greater prominence in 2000, when he appeared in “Mission: Impossible II” and later starred as Simple Simon in “Saltwater”, Marc Stevenson in “Harrison’s Flowers” before appearing in the title role of Harry McKee in “Wild About Harry”. In 2002, Gleeson was cast as Walter ‘Monk’ McGinn in the now cult classic crime drama “Gangs of New York”, opposite Leonardo DiCaprio, Daniel Day-Lewis and Cameron Diaz. For his role of Stobrod Thewes in “Cold Mountain” (2003), Gleeson was nominated for a Gold Derby as well as ACC Award, and in the 2004 epic historical spectacle “Troy” featuring Brad Pitt and Eric Bana in the main roles, Gleeson starred as king Menelaus, while in 2005 Ridley Scott’s historical drama “Kingdom of Heaven” he portrayed Reynald de Chatillon. However, the real breakthrough in Gleeson’s career occurred later in 2005 when he was cast as Alastor ‘MadEye’ Moody in the fourth movie of the “Harry Potter” saga – “Harry Potter and the Goblet of Fire”. He reprised the same role in its sequels as well, including “Harry Potter and the Order of the Phoenix” (2007) and “Harry Potter and the Deathly Hollows: Part 1” (2010). Doubtlessly, all these ventures helped Brandon Gleeson to add a significant sum to his net worth.

Some of the most recent of Brendan Gleeson’s engagements include supporting roles in the 2016 WWII drama “Alone in Berlin” and Sci-Fi historical adventure “Assassin’s Creed”. All these roles have certainly helped Brendan Gleeson to further increase his net worth by a large margin.

When it comes to his personal life, Gleeson has been married since 1982, to Mary Weldon with whom he has four sons, of which the eldest two decided to purse acting careers as well. 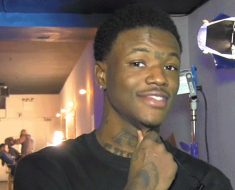 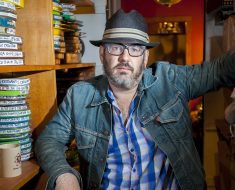 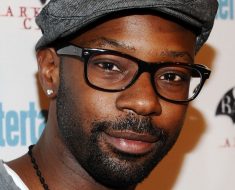 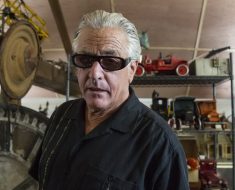 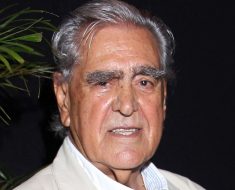