Arnold Alois Schwarzenegger was born on July 30 1947, in Thal, Styria, Austria, and is widely known as a bodybuilder, actor, film producer, writer and politician, the latter being the Governor of California from 2003-11.

So just how rich is Arnold Schwarzenegger? Sources estimate that currently Arnold has a net worth of $330 million, his wealth having been accumulated through all his above-mentioned many endeavors, and is still being added to as a businessman and investor.

Arnold’s father Gustav, and his mother, Aurelia Jadrny, worked in the local police department. His parents were rather strict and the living conditions were poor. Arnold began bodybuilding in his teens, but was equally keen on soccer, and played several other sports too. He started his competitive career at 17, but also needed to serve a year in the army which interfered with his sport, but he still contrived to win the Junior Mr. Europe contest in 1966, and come second in the Mr. Universe contest, which he won the following year, at 20 the youngest ever. Arnold won the title three more times, as well as many others including Mr. Olympia seven times from 1970. These were only a small start to his net worth, but he was able to enter the USA on this strength, literally and metaphorically.

Arnold Schwarzenegger debuted on the big screen in 1970, his physique gaining him the star role in ‘Hercules in New York’ directed by Arthur Allan Seidelman. Later on, he starred in many popular films, even if they are not regarded as classics. ‘Stay Hungry’ directed by Bob Rafelson, ‘Pumping Iron’ directed by Robert Fiore and George Butler, ‘The Villain’ directed by Hal Needham were early films, however, the most significant roles which raised Arnold’s net worth significantly were Conan in the film ‘Conan the Barbarian’ directed and co-written by John Milius and its sequel ‘Conan the Destroyer’ directed by Richard Fleischer, The Terminator in the film ‘The Terminator’ written and directed by James Cameron and its sequels ‘Terminator 2: Judgment Day’ also directed by James Cameron, ‘Terminator 3: Rise of the Machines’ directed by Jonathan Mostow and ‘Terminator Salvation’ directed by McG (Joseph McGinty Nichol). Although these films did not bring any awards for Arnold, he was very popular with audiences, and all the films were commercially very successful, and considerably enhanced his net worth over a full-time acting career spanning more than 30 years.

Arnold was consistently interested in politics also, principally as a supporter of the Republican party, and in 2003 challenged the incumbent governor of California for the position, and won after two rounds of voting. He served two terms as governor, with indicates a successful tenure. In fact, union efforts to defeat him were later proven illegal. Interestingly, Schwarzenegger did not accept his governor’s salary, as he stated that he was rich enough already.

This state is supported by Arnold Schwarzenegger being a successful businessman and investor which have also added much to his net worth. His successful career in the film industry made him a millionaire, and further earnings from his bricklaying business and real estate investments further increased his net worth. Later, he opened several restaurant chains,and a shopping mall. The autobiographical book about Arnold ‘Total Recall’ was published in 2012, but over the years he has written many articles for bodybuilding magazines too.

In his private life, Arnold Schwarzenegger married journalist Maria Shriver, a niece of the late US President John F. Kennedy, in 1986. The couple has two daughters and two sons.  The couple separated in 2011 after his wife revealed a secret that her husband had a son with their household worker fourteen years earlier. 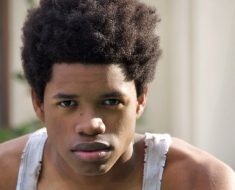 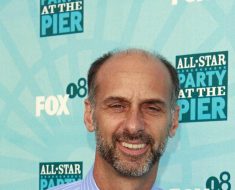