Arlo Guthrie was born on the 10th July 1947, in Coney Island, Brooklyn, New York City USA, and is a folk musician, particularly well known for singing protest songs against social injustice; his song “Massachusetts” is considered to be the state’s folk song. Guthrie has been nominated for the prestigious Grammy Award twice, during being active in the entertainment industry since 1967.

How rich is the musician? It has been estimated by authoritative sources that the overall size of Arlo Guthrie’s net worth is as much as $10 million, as of late 2016. Music is the main source of Guthrie wealth.

To begin with, he is a son of folk music legend Woody Guthrie (1912-1967) and the dancer Marjorie Mazia Guthrie (1917-1983); his sister is record producer Nora Guthrie. Arlo Guthrie graduated from Woodward School in Clinton Hill, Brooklyn and then attended Stockbridge School in Massachusetts. For a short time he studied at Rocky Mountain College in Billings, Montana. Arlo made his first appearance at aged 13, continuing the musical tradition of his father. His musical development was influenced by Leadbelly, Cisco Houston, Ramblin ‘Jack Elliott, Sonny Terry and the Weavers.

Guthrie’s career began at the Newport Folk Festival in 1967, in which he performed the 18 minute song “Alice’s Restaurant Massacree”. At the age of 20, Guthrie had already toured overseas, and he performed at the now iconic Woodstock Festival in 1969, where he presented his version of “Amazing Grace” and Bob Dylan’s “Walking Down the Line”. Around the year 1972, Guthrie sang Steve Goodman’s “City of New Orleans”, which appeared in 4th position on Billboard Easy Listening and 18th on Billboard Hot 100 charts. Even 40 years later, the song with the line – Good Morning America – is regularly played overseas as well as in Europe.

In 1991, Arlo Guthrie bought the Trinity Church, known as Alice’s Restaurant, and set up the intercultural and interreligious Guthrie Center. In 1992, he was nominated for a Grammy Award for the album “Woody’s 20 Grow Big Songs”, which he recorded with his sister Nora – who is the director of the Woody Guthrie Archive – and his brother Joady. Another Grammy nomination he received was for the Best Music Album for Children entitled “This Land Is Your Land” (1997). His net worth was rising steadily.

Guthrie has mastered a variety of instruments, appeared as an actor, and written an award-winning children’s book entitled “Mooses Come Walking”. Even now the country singer is on tour almost every year. In Germany, Arlo Guthrie has toured several times with Hans-Eckardt Wenzel, with whom he also recorded a joint CD “Every 100 Years Live on the Wartburg”. It is worth saying that Arlo Guthrie preferably plays Western guitars from the company Gibson, which brought him the Arlo-Guthrie-LG-Signature guitar in his honour.

Finally, in the personal life of the singer, Arlo Guthrie has four children, including daughter Sarah Lee and son Abe, with whom he has collaborated on tour with Gordon Titcomb. His wife Jackie, to whom he was married for 43 years, died from cancer on the 14th October 2012 at the age of 68. 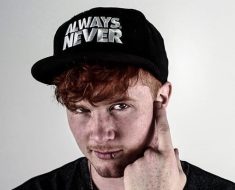 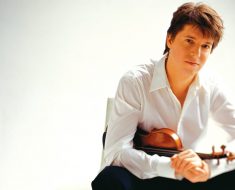 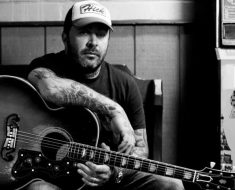 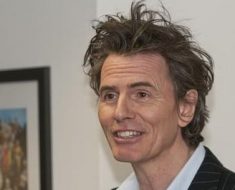