Antonio Rodolfo Quinn Oaxaca was born on the 21st April 1915, in Chihuahua, Mexico and was an American actor, who experienced his biggest career breakthrough during the 1950s and ‘60s, being one of the leading international actors and starring in classic films including “La Strada” (1954), “Lawrence of Arabia” (1962), “Zorba the Greek” (1964), “Lion of the Desert” (1981) among many others. Quinn was active in the entertainment industry from 1936 until 2001, when he passed away.

How rich was the actor? It has been estimated by authoritative sources that the overall size of Quinn’s wealth was over $20 million, as of the data converted to the present day. Acting was the main source of Anthony Quinn’s net worth.

To begin with, Quinn was the son of an Irish-Mexican father who worked as a cameraman. After the death of his father, he was forced to take care of his grandmother, mother and sisters, and worked in a mattress factory, played saxophone in the evangelical band of Aimee Semple McPherson, and studied and worked with architect Frank Lloyd Wright, who convinced him to improve his speech and try himself in drama. Thus, the way to the theatre opened.

Concerning his professional career, Quinn began with a scene with Mae West in “Clean Beds” (1936), and had his first role in the film “Parole” (1936). Quinn then played a Cheyenne Indian in the film “The Plainsman” (1937), and fighting against stereotypes, Quinn decided to sign a contract with Century Fox in 1942, which enabled him to get at least supporting roles in major studio films. He landed a number of roles, for example as Indians, Mexicans and other ‘foreigners’. In 1945, he became a free agent so that he could pursue more ambitious roles, thus his career intensified, and he moved to New York with his family. After several Broadway plays, Elia Kazan invited him to join the Actors Studio. The turning point in the career of Anthony Quinn occurred in 1952, when Kazan decided to bring the best actors into one film, entitled “Viva Zapata!” (1952), for which Quinn won his first Oscar for Best Supporting Actor, and became a big star. His net worth was rising steadily.

In 1956, Quinn won his second Oscar for his role of Paul Gauguin in “Lust for Life” (1956), and afterwards starred in “Wild Is the Wind” (1957) for which he was also nominated for an Academy Award. Then came “The Guns of Navarone”(1961), and the masterpiece “Zorba the Greek” (1964) drawing great reviews, eight Oscar nominations not counting other prestigious nominations and awards. Other significant roles were created in the films “Marco the Magnificent” (1965), “Guns for San Sebastian” (1967), “The Secret of Santa Vittoria” (1969) and many others.

After appearing in over 250 films, Anthony Quinn decided to devote himself to painting and sculpture – he exhibited his creations at the CNIT in Paris in May 1990. He also participated in several documentaries, to give example about Martin Luther King “King: A Filmed Record … Montgomery to Memphis” (1970) by Joseph L. Mankiewicz and Sidney Lumet. He published his autobiography in 1992.

Finally, in the personal life of the actor, Quinn married three times, firstly to Katherine DeMille, (1937-65), with whom he had five children, but left her for Iolanda Addo Lori(1966-97); they had three children. Thirdly he married Kathy Benvin in 1997, with whom he fathered two children prior to marriage. He also had two children with Freidel Dunbar in the 1970s.

Anthony Quinn died on the 3rd June 2001, in Boston, Massachusetts USA, being 86 years old, from pneumonia. 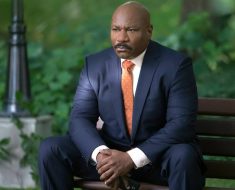 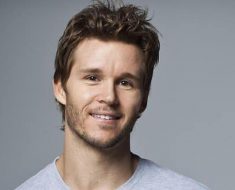 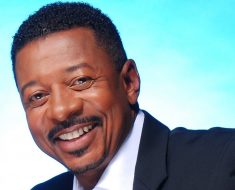