Anthony Cornelius Hamilton, born on 28 January 1971, in Charlotte, North Carolina USA, is an R&B and soul singer, songwriter and record producer. He is probably best known for his 2003 studio album “Comin’ from Where I’m From” which went platinum.

A famous musician and producer, how rich is Anthony Hamilton at the present? As of early 2016, Hamilton is reported to have acquired a net worth of over $8 million. The main source of his wealth has been his successful music career, his various collaborations and guest appearances in both the music and television worlds.

Hamilton began singing at the age of ten in his local church’s choir. He attended South Mecklenburg High School, singing in the school’s award winning choir, while also performing solo at various nightclubs and talent shows. In 1993 he moved to New York City to pursue a more professional career in music and signed with André Harrell’s Uptown Records, and was supposed to release his debut album by 1995. However, the company went out of business and Hamilton’s album was left unreleased. He wrote the songs for another solo album, but that never came out.

With two of his albums being unreleased, Hamilton struggled through the 90s, however, during the 2000s he established himself as one of the best voices of R&B. He started by writing several songs for artists such as Donell Jones and Sunshine Anderson, and went on to become a backup singer of D’Angelo, joining his international tour promoting the album “Voodoo” in 2000. He spent the next few years writing and selling songs and being a backup singer for various artists. In 2002, he sang on the chorus of Nappy Roots’ “Po’ Folks”, which brought him the mainstream audience and some needed attention, as the song earned a Grammy Award nomination for “”Best Rap/Song Collaboration in 2003. He continued the collaboration with Nappy Roots, releasing the “Wooden Leather” album with hit singles “Sick & Tired”, “Push On” and “Organic”, and was featured on their next album, “The Humdinger” on the single “Down N’ Out”. Hamilton and Nappy Roots also released another song together entitled “Bluegrass Stain’d” along with Mark Ronson. His net worth was growing steadily.

Hamilton later met the producer Jermaine Dupri, who signed him to his So So Def label, which led to the release of Hamilton’s album “Comin’ From Where I’m From” in 2003, co-written and produced by Mark Batson. The album went platinum in 2004, having sold 1.2 million copies in the USA, with its single entitled “Charlene” becoming an instant hit worldwide, and earning Hamilton three Grammy Award nominations in 2004.

Hamilton featured Jadakiss’ popular single “Why” in 2004 , which was also nominated for “Best Rap/Song Collaboration” the following year; he also worked on two 2Pac remixes. Hamilton’s first compilation album “Soulife”, composed of songs recorded during the early part of his career, was released in 2005 and was sold 53,000 copies in its first week. At the end of 2005 Hamilton released his new set, a gold studio album “Ain’t Nobody Worryin’”, such that at the 2006 BET Awards he won the BET J “Cool Like That” Award.

Hamilton has made several guest appearances, such as on the “Chappelle’s Show” and the UPN show “All of Us”. He made a cameo appearance in the movie “American Gangster”, while also contributing to the movie’s soundtrack. In 2007, he released another compilation of previously unreleased recordings “Southern Comfort”, which was his first album to have a Parental Advisory tag.

Hamilton was featured on Young Jeezy’s gold 2008 album “The Recession”, and released his next next album “The Point of It All” the same year. In 2011, his fifth album “Back to Love” was released. Hamilton’s high-profile collaborations and guest performances include the hits “Live from the Underground” by Big K.R.I.T., and “Life Is Good” by Nas. He is also featured on the soundtrack for Quentin Tarantino’s 2012 movie “Django Unchained”, in the track “Freedom”, a popular duo with indie soul singer Elayna Boynton.

To talk about Hamilton’s personal life, it is known that he has been married to the signer Tarsha, with whom he has five sons. Although the couple mentioned their marriage troubles and announced their divorce through social networks, sources believe that they are still together. 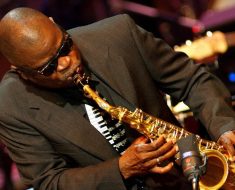 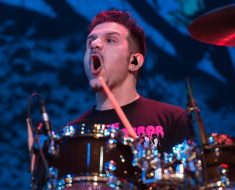