David A. J. Samberg, better known as just Andy Samberg was born on 18 August 1978 in Berkeley, California USA of Jewish ancestry. While he is a man of many talents – an actor, musician, screenwriter, producer, director, lyricist and rapper – most people recognize him as a comedian and a star of “Saturday Night Live” comedy videos on YouTube.

So how rich is Andy Samberg? Having in mind his success in many different areas, it is no surprise that his net worth has reached an impressive amount of $16 million. Sources estimate that he earns as much as $125,000 for an episode of “Saturday Night Live”.

Since his childhood, Andy Samberg has been a fan of comedy and the Saturday Night Live show. Creative writing was his favourite subject when attending Berkeley High School, and then studied at University of California, Santa Cruz, for two years before transferring to New York University, graduating in 2000. Andy then began filming his own comedy sketches with two of his friends – Jorma Taccone and Akiva Schaffer – which they would post on their YouTube channel when it began in 2005, and on their website (thelonelyisland.com). Their unique videos gained instant success – the group became YouTube and Internet celebrities. Even now, SNL Digital Shorts are popular and gain a lot of views on YouTube.

In the same year 2005, the comedy troupe (who named themselves The Lonely Island) received an offer to work for THE “Saturday Night Live” comedy show. Samberg worked for this show until 2012, both as an actor and a writer and it has greatly raised his recognition and overall net worth. After his success in SNL, Andy has landed various roles in both television and film – he has appeared In numerous films, TV series, commercials, videos and was the host of the MTV Movie Awards in 2009.

During his career, Andy has voiced characters in several successful animated films such as “Cloudy with a Chance of Meatballs” (in 2009 and its sequel in 2013) and “Hotel Transylvania” (in 2012 and its sequel in 2015). Most of the awards Andy Samberg won or has been nominated for were related to his work in SLN – in 2007 he won an Emmy Award for Outstanding Original Music and Lyrics (for a song called “Dick in a Box”, which was performed with famous singer Justin Timberlake) and has been nominated for five Primetime Emmy Awards, four Teen Choice Awards and a People’s Choice Award. Andy’s current project – “Brooklyn Nine-Nine” has already earned him an American Comedy Award for Best Comedy Actor and two Golden Globe Awards (for Best Television Series and Best Actor in Television Series, Musical or Comedy) which proves that they have definitely increased the amount of his estimated net worth.

Being a popular comedian, Andy is often invited to television talk shows where he sometimes shows off his other talent – celebrity impressions. Currently, Andy is one of the producers and actors in the situation comedy “Brooklyn Nine-Nine”.

In his personal life, Andy Samberg has been married to professional singer Joanna Newsom since 2013; the couple currently live in Los Angeles. There is not much else known about his personal life but it seems that Andy’s net worth and popularity continues to rise every year. 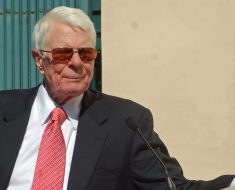 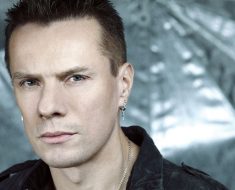 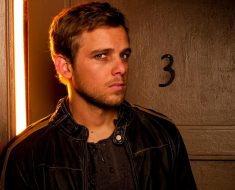 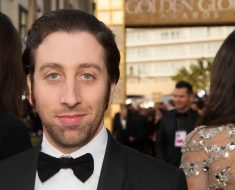