Andrew B. Bachelor was born on 26 June 1988 in Toronto, Ontario, Canada into the family of Jamaican ancestry of Ingrid and Bryan Bachelor, and is best known as King Bach, a former Vine star, and now a YouTube content creator with the channel entitled BachelorsPadTv.

So just how rich is King Bach as of early 2018? According to authoritative sources, this YouTuber has net worth of $700,000, with his wealth being accumulated from his career in the mentioned fields. Being a YouTuber, he earns money through paid promotions, partnerships and every time an ad is displayed in his videos. In addition, Bach is an actor.

Although born in Canada, Bach’s family moved to Miami, Florida USA later on, and where he was educated at Coral Springs Charter School, and then enrolled into Florida State University, where he was an athlete and participated in sports. King Bach graduated with a degree in business management, and thereafter went on to study at the New York Film Academy, which he never graduated, having dropped out after realizing he’d like to have more options in life. King Bach moved to Los Angeles, and ultimately began studying improvisational theatre at The Groundlings. King Bach rose to fame thanks to Vine, an app which was dedicated to creating six second-long funny videos, and on which he was followed by over 16 million people, and which attracted more than six billion views overall. He began his Vine career thanks to Brittany Furlan, who introduced him to how it worked, and eventually King Back ended up becoming the person with the most followers on the app. However, the app shut down which led King Bach – and plenty of other Viners – to move to Instagram and YouTube, and continue their creativity there. Regardless, his net worth was certainly now well established.

King Bach started his YouTube career in January 2012, and debuted with the video entitled ‘’Watch Bachelor’s Pad’’ which has been viewed more than 75,000 times as of today, quickly followed by releasing ‘’Justin Bieber – Boyfriend Parody (Boyfriend Gone Bad)’’, with a subsequent audience of over 763,000 people. Some of his most popular videos are ‘’Logan Trailer Parody | King Bach, Logan Paul’’, with more than 12 million views and ‘’Spider-Man Homecoming Parody (SPIDER-BRUH) by @kingbach’’, with almost four million views. Bach’s latest videos are ‘’Issa Savage Christmas Shoot by KingBach’’ and ‘’Where’s The Money Trailer’’, so his net worth continues to rise.

Besides sharing his videos on YouTube, Bach also uses another social network, Instagram – on which he is followed by the army of 14 million people – to upload his short comedy sketches, and often collaborates with other creators.

When it come to his latest projects, Bach started his own line of clothing, ‘’Thinking Of Youth’’, which is available for purchase on his official website.

As an actor King Bach has appeared in several projects such as ‘’Fifty Shades Of Black’’ in 2016, in which he played Jesse, and had a minor role in ‘’The Babysitter’’ in 2017. Two more projects, ‘’When We First Met’’ and ‘’To All the Boys I’ve Loved Before’’, are in post production. His television appearances include his role of Trayvon in ‘’Black Jesus’’ and as Dr. T.J. Gigak in ‘’The Mindy Project’’, adding somewhat to his net worth.

When it comes to his private life, he doesn’t share much information regarding that topic. He is friends with other social media stars such as Logan Paul and Lele Pons and is rumored to have dated Pons and Amanda Cerny. 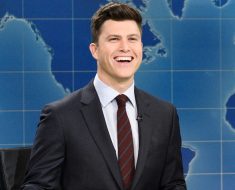 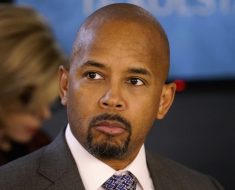 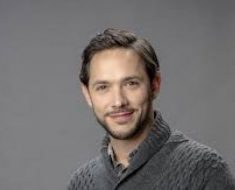 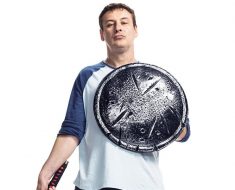