Amber Laura Heard was born on the 22nd April 1986, in Austin, Texas, USA, of English, Scottish, Irish, Welsh and German ancestry. She has been accumulating her net worth by her popularity not only as a model, but an actress as well. She is best known for her appearances in many TV roles and also movies, such as “Zombieland” and “Pineapple Express”. She has been an active member of the entertainment industry since 2004.

Have you ever wondered how rich Amber Heard is? According to sources, it is estimated that Amber Heard’s net worth is over $4.5 million. Her career in modeling as well as her career as an actress has earned a big part of her wealth over time. Additional to this, she has appeared in various advertisements and TV shows, and this has also added to her net worth. Undoubtedly, her career will continue to rise in the entertainment industry in the coming years, and so also will her net worth,.

Amber Heard was raised in a family with two sisters, the daughter of David Clinton Heard, who works as a successful commercial contractor, and Patricia Paige. When she was 17 years old, she moved to New York to start his modeling career, and later to Los Angeles to start an acting career, so she dropped-out of high school, and continued her education by on-line courses.

Amber’s professional career began in 2004, with the role of Liz in the pilot episode of the TV series “Jack And Bobby”, but prior to that, she appeared in music videos “There Goes My life”, directed by Kenny Chesney, and “I Wasn’t Prepared”, performed by Eisley. In the same year, she made her debut film appearance, as Maria in the Peter Berg’s movie “Friday Night Lights”, alongside Billy Bob Thornton and Jay Hernandez. The movie was a major hit, and it certainly increased her popularity among the Hollywood producers and directors, and it surely increased her net worth. Amber’s next step was small roles in films “Drop Dead Sexy” (2005) playing Candy, “Side FX” (2005) as Shay, and “North Country” (2005) in the role of Young Josey Aimes.

In 2006 came her first leading role, in the horror movie named “All the Boys Love Mandy Lane”; although it received mixed critiques, Amber profited from the movie, as she soon began to feature in a number of high profile production movies and TV series. The following year, she starred in the film “Remembering the Daze” as Julia, which only further propelled her into the acting world, since the same year she found engagement in the TV series “Hidden Palms”, playing Greta Matthews. Her net worth was rising steadily.

In 2009, she appeared in the horror movie “Zombieland” in the role of 406, alongside Woody Harrelson and Emma Stone, for which she was included in the nomination for Best Ensemble Award by the Detroit Film Critics Society. In the same year she had two more film appearances, first as Jenn Jones in the comedy film “The Joneses”, and as Kelly Porter in the film “Stepfather”, with Dylan Walsh and Sela Ward. However, 2011 was a turning point for her career, as she made a breakthrough with an appearance in the TV series “The Playboy Club”, which was soon followed by the film “Rum Diary”, in the role of Chenault, which led to her winning the Spotlight Award at the Hollywood Film Festival.

Furthermore to her career in the entertainment industry, Amber has shown her acting skills in movies such as “Paranoia” (2013) playing Emma Jennings, “Machete Kills” (2013) in the role of Miss San Antonio, and “Magic Mike XXL” (2015) as Zoe. Her latest accomplishment, the appearance in the film “The Danish Girl” (2015), and “London Fields”, which is scheduled for a release in 2016. All these activities have helped her net worth to rise.

Additionally, Amber Heard has been named as one of the most beautiful rising stars by Jane Magazine. She was ranked in 13th place of 100 Hot Woman 2010 by Maxim Magazine

When it comes to her personal life, it is widely known that Amber Heard has been married to actor Johnny Depp since the 3rd February 2015. The couple met while filming “The Rum Diary”, and began dating in 2012. They still don’t have children, but maybe it will change in the near future. 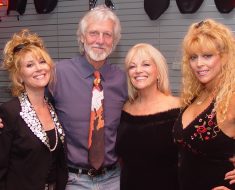