Adrienne Eliza Bailon was born on 24th October 1983 in New York City, New York, USA of Puerto Rican and Ecuadorian descent. She is an actress, singer, songwriter, television personality and dancer who rose to the prominence as the lead singer and founding member of such music bands as 3LW (1999–2007) and The Cheetah Girls (2003–2008). As an actress she appeared in the films released under the franchise of “The Cheetah Girls”, “Buffalo Dreams” (2005) and others. Adrienne has been working in the entertainment industry since 1999.

Is Adrienne Bailon rich? It has been estimated by sources that the overall amount of Bailon’s net worth equals $3.5 million. Further estimations show that she earned $1.35 million just from the “3LW” (2000) album.

It was the singer Ricky Martin who discovered Adrienne as a singer in 1999. Soon, she together with Naturi Naughton and Kiely Williams began singing in the band called 3LW (1999 – 2007). It should be noted that Naughton was replaced by Jessica Benson in 2002. This Amercian R&B band has released five singles, three studio albums, seven music videos, four soundtracks and a compilation album. Their most successful was the debut album entitled “3LW” (2000) which reached 19th place on the R&B chart and was certified platinum in the USA.

In 2003, Disney created the girl band “The Cheetah Girls” (2003 – 2008) in which the founding members were Sabrina Bryan, Kiely Williams and Adrienne Bailon. The band has released 15 singles, two studio albums, a live album, six video albums, three soundtracks, two EPs and has undertaken three tours. The most successful according to sales were the two soundtrack albums “The Cheetah Girls” (2003) and “The Cheetah Girls 2” (2006) respectively certified platinum and twice platinum in the USA. Concerning all the recordings, the band has sold more than 3.6 million records around the world. The band has also launched a video games line, book series, room decor, doll lines, perfume lines and a clothing line which have significantly increased the wealth and popularity of all the members.

As an actress, Bailon has appeared not only in Disney Channel films but she made a theatrical debut in “Coach Carter” (2005). She starred in the following television films: “Taylor Made” (2005) directed by Danny Roth, “All You’ve Got” (2006) directed by Neema Barnette, “Cuttin’ da Mustard” (2008) written and directed by Reed R. McCants, “Lovestruck: The Musical” (2013) directed by Sanaa Hamri and “I’m in Love with a Church Girl” (2013) directed by Steve Race. Currently, she is working on the upcoming film “Chasing Yesterday” which is going to be released in 2015.

In addition to this, she has landed many episodic roles in several television series. More, Bailon hosts the talk show “The Real” (2014 – present) together with Tamera Mowry, Jeannie Mai, Loni Love and Tamar Braxton.

In her personal life, Andrienne Bailon is in a long-term relationship with her boyfriend Lenny Santiago; recently, the couple became engaged. Currently, Bailon owns residences in LA, and in New York City, USA. 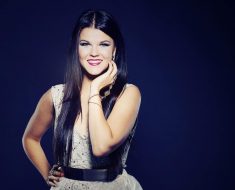 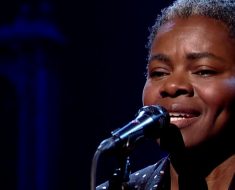 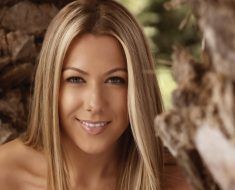 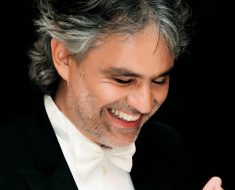 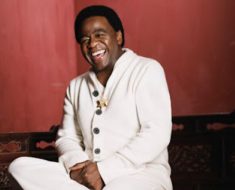